Dominica Manufacturers Association: We need a better response from the government 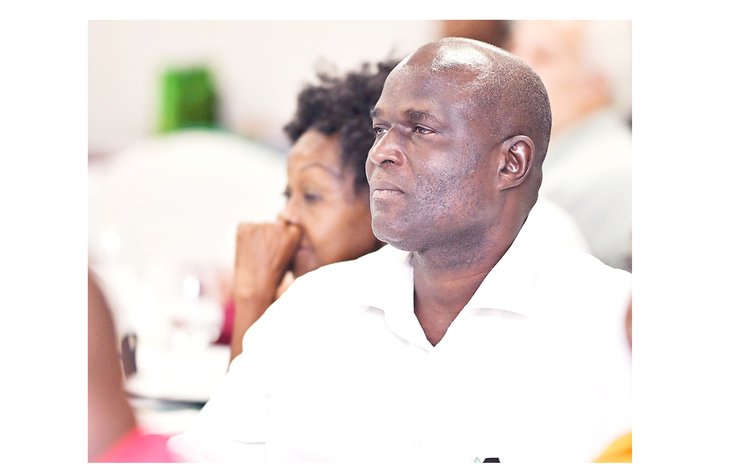 President of the DMA, John Robin

Two years into the global COVID-19 pandemic, local manufacturers say not enough is being done for the sector.

Dominica reported its first confirmed case of COVID-19 in March 2020; however, the world had been reporting cases long before that.

President of the Dominica Manufacturers Association (DMA), John Robin, told The Sun local manufacturers are grappling with the immense blow to the industry.

"We have seen a spike in the freight rate, the cost of raw material, packaging material, and ingredients. We have also seen the shipping rates have changed drastically," Robin said.

The shipping rates have doubled and in some cases tripled during the pandemic. Robin, who is also the Managing Director of Benjo's Seamoss. added that the delay in the arrival of goods has also impacted the productivity of local manufacturers.

"I'm expecting, from China, some stuff that was supposed to have arrived in four months and it's going on seven months and they haven't arrived. And this is because of the logistics challenges throughout the supply chain," he said.

In other instances, the non-arrival of goods means no production can take place, according to Robin a forty-foot container with goods and other material for the company was expected to arrive on 17th December; however, it reached Dominica on 24th January which led to an almost month-long halt in production while waiting for the container to reach the island.

Across the manufacturing landscape, Robin reported key factory workers have fallen ill due to the virus, which in turn affects productivity in the workplace and renders a company unable to meet its intended target.

He says employee shortage contributes to the increased stress levels that business owners now have to work with.

"They have been operating under a high level of stress and they have lost a lot of their sales and, as a result, they are more challenged," Robin said.

According to Robin, there have not been any countermeasures locally, especially certain previous stimulus to compensate for those losses. He would like to see a society that is more responsive, especially to the plight of manufacturers.

Despite the challenges facing the sector, there have been new manufacturers entering the market.

"During COVID a lot of people have moved to manufacturing because they lost their traditional form of employment and they have had to be very creative. So we have seen lots of small manufacturing enterprises emerging," he said.

In his 2020-2021 budget address, Prime Minister Skerrit announced the waiving of VAT and import duty on equipment and machinery used by manufacturers.

Robin, who is also chairman of the CARICOM Manufacturers Association, says this was a good move that led to more people joining the sector.

"What we find is that the cost of manufacturing in Dominica is extremely high and that incentive was a plus in the sense that it has kind of eased the burden in having to pay the VAT and the duties," he said.

Regardless of the waiving of these fees, Robin believes more can be done by the government to help the manufacturing sector. He lamented the loan facility at the AID Bank is still proving problematic for manufacturers to access.