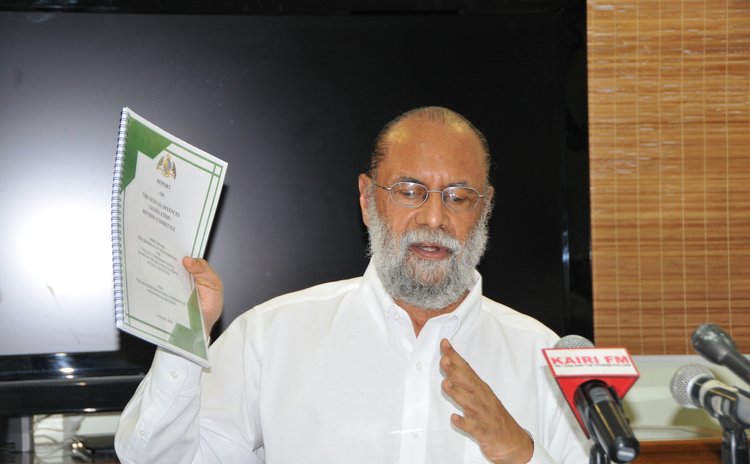 Dominica's Parliament will be asked to approve amendments to several offences under the Sexual Offenses Act of 1998.

Ray Harris, Legal Consultant of the Ministry of Justice, Immigration and National Security made the announcement in the conference room of National Authorizing Officer on March 6.

He said amendments will be made to aspects of the law related to rape, unlawful sexual connection, sexual intercourse with an adopted minor, alternative verdict, gross indecency and buggery.

Harris also stated that two additions will be made to the Sexual Offences Act.

"We also came up now with a provision dealing with sexual grooming of a minor who is under 16 years of age, we also included voyeurism," he said.

In addition, Harris revealed that these amendments were suggested following submissions from the Director of Public Prosecutions, Evelina Baptiste, and the Ministers of Immigration and National Security Rayburn Blackmore.

He noted that the committee was appointed to examine the question of sexual abuse.

Harris said that initially the committee decided that whatever recommendations they made they did not want to be viewed as just a "talk shop".

Harris noted that the committee met with the necessary stakeholders who dealt with sexually related cases.

Meanwhile, Attorney General Levi Peter said he was confident that "in the very near future that the draft section of the Sexual Amendment Bill 2016 will be in a position that it can be taken to cabinet."

He hoped that Cabinet will approve the Bill without further amendments and thereafter it will be taken to parliament for debate and approval and subsequent enactment with the assent of the President.

Peter said that the Sexual Offences Act is extensive and when enacted will improve Dominica's legislative landscape.

"The Bill comprises of 17 sections and obviously within those sections there are various sub-sections, so in total it is quite an extensive piece of work," said Peter.