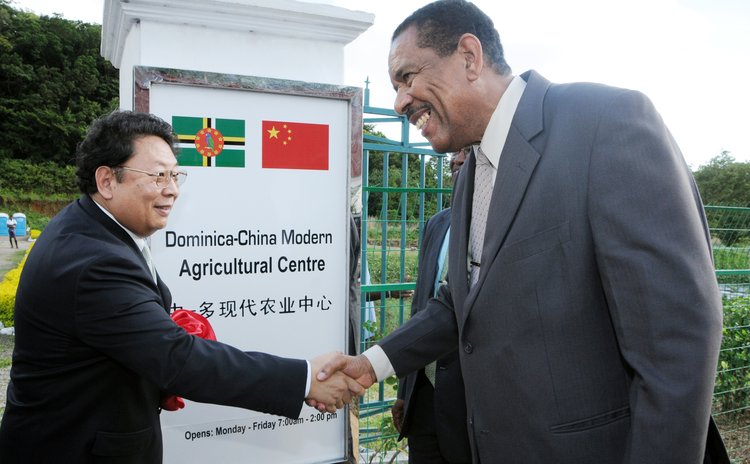 That's a glimpse of the Dominica-China Modern Agriculture Centre located at One Mile in Portsmouth, Dominica's second town.

"The Centre consists of a smart green house, a training centre for farmers and extension, a tissue culture lab and a dormitory for Chinese workers will be built later," said agriculture minister Matthew Walter in a speech during the official opening of the Centre on Wednesday 14th May, 2014.

Walter added: "The facility is an exquisite agricultural site which has the potential for incremental expansion to generate employment and income especially for the rural poor."

The Dominica-China Centre was built at a cost of EC$15 million; it replaced the Hillsborough station that was swept away when thousands of gallons of water from the Matthieu dam came rushing down the Layou Valley in 2011.

"The opening of the Dominica-China model agriculture centre is another celebration of our friendship and cooperation," said Chinese Ambassador Li Jiangning. "Looking forward to the next ten years. We still have a lot to achieve in our cooperation."

Dominica and the People's Republic of China established diplomatic relations in 2004.