Other countries, except St. Lucia, owe the Eastern Caribbean Supreme Court between three and six million 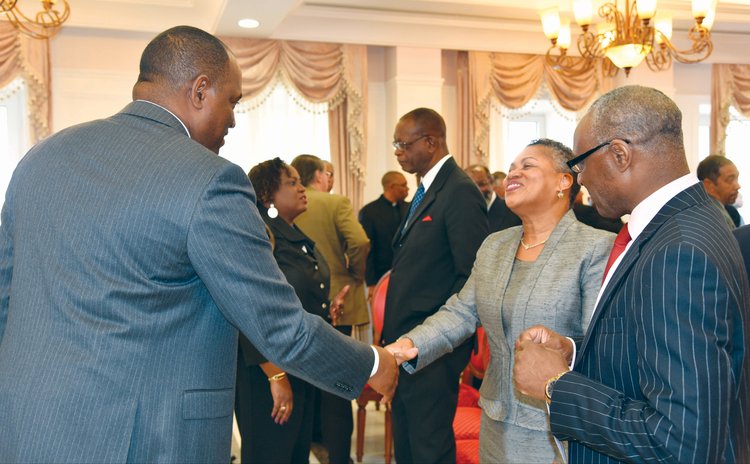 Of the nine member countries that make up the Organization of Eastern Caribbean States (OECS) supreme court, none owes the court as much in dues as the nearly $8 million that Dominica does.

It was not immediately clear when was the last time Dominica even paid its dues, and a message left on Attorney General Levi Peter's voicemail was not returned up to press time.

However, a member of the Skerrit administration told The Sun the prime minister had expressed concern about the mounting debt to the court when it was brought to his attention some years ago, and that the ministry of legal affairs had the responsibility to ensure the bill was paid.

"Oh dear," responded one local attorney when told of the figure. "We owe the supreme court, we owe Hugh Wooding Law School and we probably owe the University of the West Indies [for students who studied law there with support from the Dominica government]."

The issue of the financial independence of the court was raised in February by Dominican lawyer and former attorney general of Antigua Justin Simon in an address to commemorate the court's 50th anniversary.

Seemingly not confident that the situation would improve anytime soon, Simon left no doubt that the virtual financial starvation of the court was having an impact on the administration of justice, pointing to the "improvements that could be made by our court administrators were these monies to be made available".

He listed modern and properly equipped court rooms, up-to-date software, better trained and more qualified staff, increased training and continuing judicial education, more legal research and more judges among what could be achieved to the benefit of the entire sub-region if the court were properly funded.

Concerns about the mounting debt are not new, as those involved in the administration of justice continue to worry about the impact it has on the average citizen.

Back in September 2014 the chief justice Janice Pereira complained that the percentage of the national budget going towards the operation of the court was too low.

"In seven out of the nine-member states and territories, the court's national budgetary allocation is below one per cent. To put it more figuratively, the national contributions, even when combined, are but a mere drop in the bucket when compared to entire budget of each contributor," she said at the time.

Back then she also complained that the financial situation of the court was further compounded "by the irregular and tardy payments of contributions" and that "the court's headquarter has not received all the approved budget contributions from all the member states" in over a decade.

This is the precise problem Simon was referring to when he recommended an end to the current method of funding the court through budgetary allocations.

Instead, he said in his February speech, the sub-region should adopt a formula similar to the system that was set up to fund the Caribbean Court of Justice, with the establishment of a trust fund by the OECS governments, with financial and actuarial assistance from the Eastern Caribbean Central Bank and the Caribbean Development Bank.

"The financial independence and resulting rapid service expansion of the Caribbean Court of Justice in just 11 years since its inauguration . . . stands as a beacon of enlightened guidance and a testament to best practice," he said in his address, a copy of which was sent to both Peter and Skerrit.