Dominica Postal service on the brink of extinction 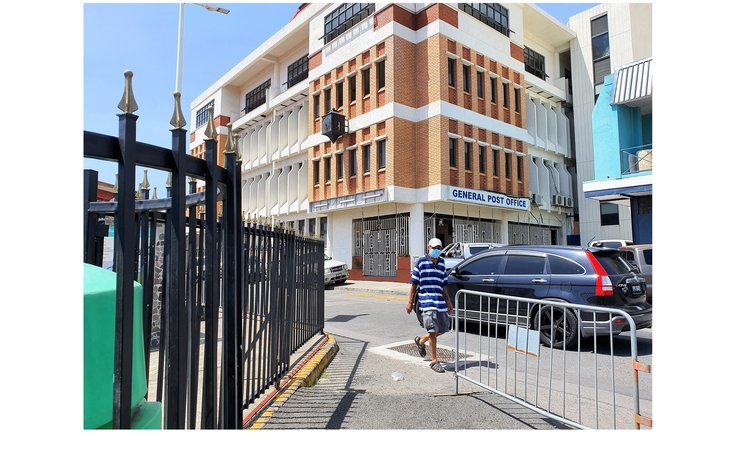 To customers and employees of the postal service in Dominica, an end may soon be in sight as the department has been unable to fully carry out its sole function in over a year.

The erratic inflow of mails began in March of 2020, when LIAT, the Caribbean airline suspended its commercial traffic after many Caribbean islands shut down their airports as part of the measures to curb the spread of the COVID-19, forcing major shareholders to call for liquidation of the airline.

Though the airline has since resumed its operation, Dominica has yet to see the resumption of a fully functional postal service.

"The last mail I received from Canada was in early March of 2020, and since then I have not been able to send nor receive. Nothing is going out and nothing is coming in," Portsmouth resident Pat Corbette told The Sun.

Corbette says, as a result of the inefficiency of the postal service, for such a lengthy period he has come to the conclusion that "it does not look like the mail service in Dominica will ever resume."

"I am speaking to people at the Post Office, and they keep telling me soon, soon, but nothing is happening. I know because of the pandemic Canada was not doing any mail transaction, but the Canadian authorities have resumed mail service between Canada and Dominica but for whatever reason, our postal service is not functional."

Another user of the postal service deemed the department as "useless" and says that she has been financially impacted by their unusable mailing service.

"I use to send my pre-packaged seasoning, tablets and loga, coconut cheese to my daughter in St. Croix to sell for me but right now I cannot do that because I cannot send out nothing. We need a resolution to that problem right away," the frustrated woman stated.

Others complained that they have not received their packages for almost a year, with little to no explanation while another says a package which was sent last year has yet to arrive at its destination.

The Sun also spoke to a few pensioners who insist that they are the most affected among all users of the postal service.

"I have been waiting on my remittances for months and every time I inquire about it, it's like the staff seem to know less and less. Someone needs to address this issue now," Annette Leatham stated.

She continued, "I have no other source of survival. There is so much I can ask my family to do for me. I was advised to seek an alternative way of getting my money but why should I inconvenience myself when that's the purpose of a postal service in any country."

Another irate pensioner stated, unable to send her certificate of life to the US to receive her fund, her last resort is to travel abroad, something she dreaded during the pandemic.

"These people believe I am dead so from my understanding they have stopped sending my money. I am an elderly woman among the vulnerable group so I shouldn't have to travel in a pandemic but I have no other choice."

Not only are users baffled by the apparent silence of the authority on the matter but employees of the Post Office are also seeking answers as they say minimal information is provided to them to relay to customers. "We don't know what's going on honestly," one employee who requested anonymity revealed. "We are receiving a little bit of mails from the US but that's maybe once a week and it's certainly not as much as before. There is a backlog of mails somewhere but we just don't know where."

When asked what information is communicated to customers, another employee stated, "nothing!"

"In the beginning, I would try making excuses but right now, I am fed up. Most days it's the same set of people coming in to ask about their mails and I simply tell them I really don't know," said the exasperated employee.

The postal worker expressed sympathy for the elderlies who he said make aimless trips to their department on a weekly basis seeking answers.

According to the employees, their daily tasks have been significantly reduced and like the customers, they too believe that the postal service will soon be no more.

"The volume of local mail has also been reduced. We relied mainly on utility companies and service providers for local mails but that has been decreasing as well because a lot of companies are going green and emailing customers their bills as opposed to sending it via mail so we hardly have work to do. The volume is not half nor a quarter, it's almost nonexistent."

The Sun sought the feedback of the Postmaster-General on the current situation; however when contacted she stated: "I have nothing to say to The Sun."