Decisions from WICB Board of Directors meeting 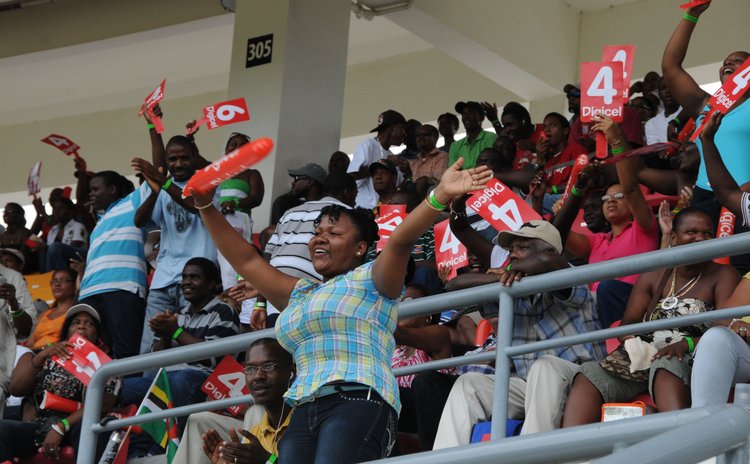 Dominica will host the First Test match of the Australian tour of the West Indies next year. The match will be played at the Windsor Park Sports Stadium from June 5-9 2015. The Directors of the West Indies Cricket Board took that decision when it met in Port of Spain, Trinidad yesterday, December 13, 2014.

The Board deliberated on a number of matters including cricketing, governance, developmental, commercial and scheduling, a release from the WICB stated.

Notably the Board received the Task Force and was briefed on the vision for selection by Selection Panel member Courtney Browne who represented Chairman of Selectors Clive Lloyd who is on tour with the West Indies Test squad in South Africa.

The Board received the report of the Task Force which was commissioned to review the matters relating to the premature end to the tour of India.

Chairman Michael Gordon QC presented the report and responded to questions and clarifications from members of the Board. Attached are the conclusions and recommendations of the Task Force Report. The Board is currently studying the full report and will make a subsequent announcement.

The other members of the Task Force were Sir Wes Hall and Sir Richard Cheltenham QC.

The Board of Directors has reviewed the various governance reports and will set a date to further discuss the various recommendations with a view to implementing best practice in corporate governance.

Australia tour of the West Indies 2015

The Board received a recommendation from management for the venues for the Australia tour of the West Indies 2015. This recommendation was made following the bidding process.

May 30-June 1: Warm up match – Antigua (Australia vs Team To Be Confirmed)

#### Briefing by director of cricket

The Board approved a recommendation from management to institute a formal rotational system for the hosting of the WICB Women and Age Group tournaments.

The Board approved a recommendation from management that all territories must have on-going women's cricket league tournaments in order to be allowed to participate in the WICB Regional Tournament.