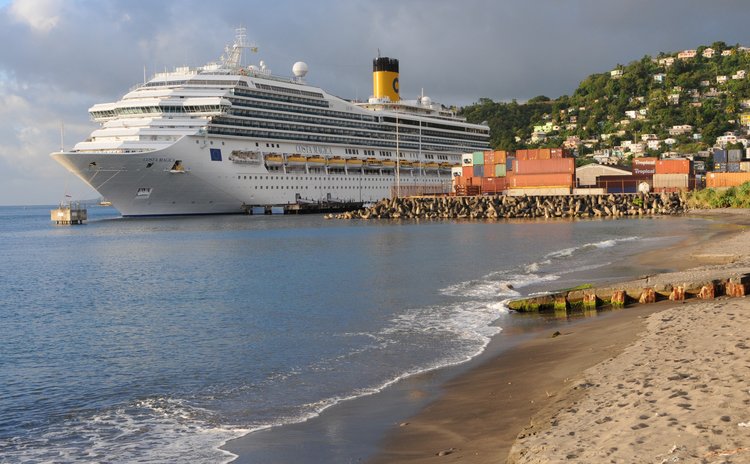 Magica at the Woodbridge Bay Port

Like magic the Costa Magica and its sister ship appeared on Dominican harbours in one day.

"Having two Costa ships in Dominica on the same day is clearly noteworthy," said Gairy Aird, the ship's agent in Dominica, during a welcome ceremony on Thursday.

The MV Costa Magica of Costa Cruises berthed at the Woodbridge Bay Port. With a passenger capacity of 2680, the ship will make two calls to Dominica during the cruise season 2013/2014.

"We've been working very hard with Costa and we've seen an increase in the number of calls that we've been getting from Costa," said Benoit Bardouille, the Chief Executive Officer of the Dominica Port Authority.