Dominican attorneys take on dismissal of employees in St. Vincent over vaccine mandate 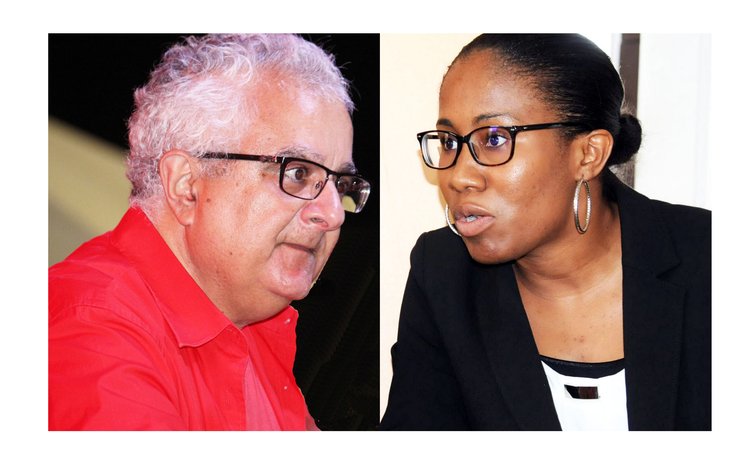 While Dominican Senior Counsel (SC) Attorney Astaphan was among the attorneys who argued that the government of St Vincent and the Grenadines (SVG) was justified in its decisions to dismiss employees who failed to comply with the vaccine mandate, another Dominican, Cara Shillingford-Marsh stood on the opposing side challenging the employee's dismissal.

The High Court in SVG recently denied permission for judicial review of the COVID-19 vaccine mandate but the case of workers who were fired for not being vaccinated will still be considered by the court.

This case arose arises out of legislative measures enacted and implemented by the Minister of Health, Wellness, and the Environment in SVG in response to the ongoing COVID-19 pandemic.

The Minister made a series of rules including mandating that certain listed classes of public officers be vaccinated against the COVID-19 virus. Provision was made that any employee who failed without reasonable excuse to take the vaccine must not access his/her workplace, would be treated as being absent from duty without leave.

Public Service Commission Regulations, a public officer who does not attend work for 10 days, without being on leave, is considered to have resigned or abandoned the job.

Labour rights advocates, the SVG Teachers Union Public Service Union (PSU), and Police Welfare Association (PWA) sponsored the lawsuits. However, the court ruled that they were not competent to bring a suit in their own names in the proceedings. The ruling struck out those three bodies and the Attorney General as parties to this part of the proceedings, specifically the application for leave to seek judicial review.

The individual applicants asserted that the Public Service Commission ('PSC') and the Commissioner of Police ('COP') respectively notified them by letter that they were deemed to have resigned from their jobs by virtue of the deeming provision and section 73A of the Police Act respectively.