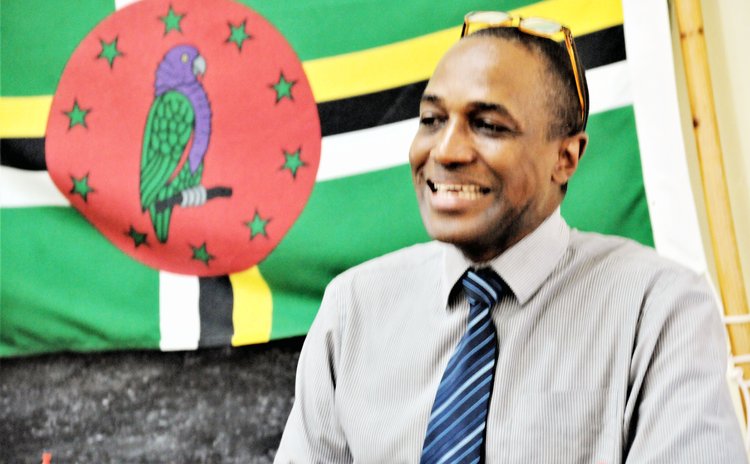 A man, who says he wishes to remain anonymous for his own protection, has filed a landmark claim challenging Dominica's homophobic laws that criminalise "buggery" and "gross indecency," a law that targets the consensual sexual activity of LGBT people.

His lawyer, Jamaica born Maurice Tomlinson of the Canadian HIV/AIDS Legal Network says he intends to apply to the court for a gag order to keep the gay man's name from being revealed.

The law firm of Cara Shillingford is also representing the gay man.

The lawsuit builds on the global push for decriminalisation of LGBT people and aims to end one of the last remaining anti-sodomy laws in Western Hemisphere.

With critical legal support from the Canadian HIV/AIDS Legal Network, the University of Toronto's International Human Rights Programme, and other like-minded groups, this case will demonstrate that these outdated laws violate human rights guaranteed in the Constitution of Dominica, a release from the organisers stated.

The intention to file this lawsuit was celebrated at World Pride in New York City several weeks ago.

The official filing was announced in Dominica by Daryl Phillip, Founder and Head of Minority Rights Dominica (MiRiDom) and Tomlinson at a press conference last week.

"Brutal and often life-threatening experiences are a daily reality for many LGBT people in Dominica, and elsewhere in the Caribbean. Because the law criminalises all LGBT individuals, it sends a powerful message that other people- whether law enforcement or regular citizens on the street- are entitled to discriminate and commit human rights abuses against LGBT individuals," says Philip. "While Britain decriminalised homosexuality in 1967, a majority of Commonwealth countries have not followed suit. LGBT people still face harsh laws in many parts of the world."

Phillip said he is almost sure that the gay man will succeed in the court based on the favourable reaction of courts in the region to similar cases.

The case builds on the global movement for decriminalizing LGBT sex, as seen recently in Botswana and India.

"A court decision to decriminalised sodomy in Dominica would be a persuasive precedent for other countries, namely ones that have similar anti-sodomy laws and that use the same court system such as Antigua and Barbuda, Grenada, St. Kitts and Nevis, St. Lucia, and St. Vincent and the Grenadines. The case also builds on precedents from sister Caribbean countries Belize and Trinidad and Tobago, and will assist similar cases underway in Barbados and Jamaica, both also supported by the HIV Legal Network. Together, these amount to the last anti-sodomy laws in the Western Hemisphere, the release states.

The claimant at the centre of this case is a gay man who could face more than a decade in prison for private sexual intercourse with consenting adult same-sex partners. Already, he has experienced homophobic hostility, discrimination, harassment, threats, and physical and sexual assaults fueled by these hateful laws. In one instance, he was viciously attacked in his own home, yet police refused to investigate and allowed his attacker to remain free, the claimant says.