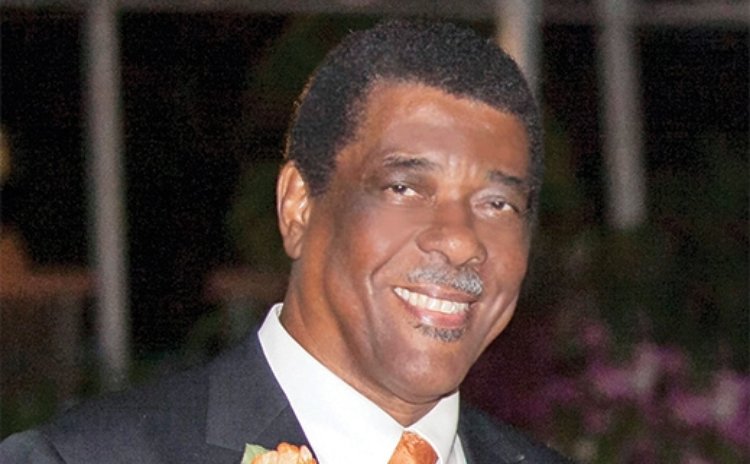 Peter Norman Letang was born into a musical family in 1944. He remembers his mother, who was a very talented pianist, filling their home on Virgin Lane ('Dowsic' House) with vibrant harmonious music. She enjoyed entertaining her family and friends but also took pleasure in opening up her windows to play for people of the community. Norman was greatly influenced by the musical flair of his mother, and embarked his musical career at a very young age. He joined Swinging Teens in 1961 playing the claves, followed by the maracas then the bongo drums. He began playing the clarinet at age 15 and shortly after, became a member of the Music Lovers Government band. His tone and musical proficiency improved at a tremendous pace, and by 1964 he joined the brass section of Swinging' Stars- playing the saxophone. Norman became the manager of Swinging' Stars in 1969 and has successfully held the band together for over four decades.

Throughout his life, Norman Letang has contributed tremendously to music and culture in society. He has led a band, which has held a fantastic reputation of musicianship- positively influencing the youth to appreciate and learn formal music. He introduced Block-o-ramas and Calypso Tents to Dominica in 1972, after visiting Trinidad for Carnival in 1971. He is very instrumental in writing music for Calypsonians every year for the calypso competitions. This, together with Swinging' Stars role in Calypso competitions, Queen shows, Teenage competitions, Lagoon Street Jams and Carnival Jump-up has hugely enhanced the Carnival spirit. Norman has released 3 solo albums, in addition to recording 20 albums and 30 singles with Swinging' Stars, and many more with other artistes. He has composed several tunes over the years. Known best for his exceptional tone and expression on the saxophone, he has been invited to play as a solo artiste at weddings, funerals, concerts and parties. Music is his passion- and this is apparent every time he picks up his saxophone and plays. It is no wonder he obtained a distinction in grade five Royal School of Music examinations after only six practices.

Norman Letang received a Golden Drum award in 1993, Long Service Award in 2005, Meritorious Service Award in 2009 and a Special Recognition Award from the Caribbean Sunshine Awards in 2004. He has received many more honors and awards over the years for his outstanding contribution and dedication to music. Norman Letang has been a positive role model not only to the members of Swingin' Stars who respect him for his forty year commitment as manager, his integrity and amiability, but also to other musicians and the general public.

Norman's longstanding musical career and success in keeping the Swinging' Stars together for forty years can be attributed to his optimistic approach to life. Even when times are hard and things seem bleak, he remains positive and encourages the band to continue striving for excellence.