Dominican Jasper: Best in the world 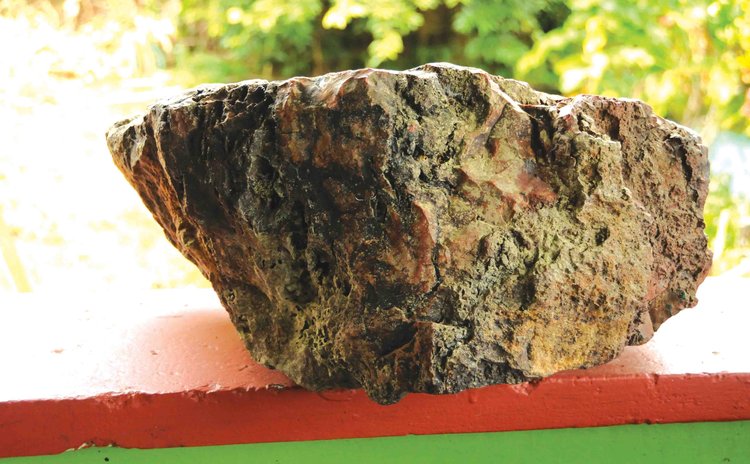 A variety of Dominican jasper from Fitz Shillingford collection

Fitz Shillingford of Fond Mel near Castle Bruce has discovered and collected a significant amount of Jasper, says John D. Charlton of Saint-Lazare Quebec, Canada. Charlton is the director of geology and mining with WSP, Canada.

After an analysis in 2009 the University of Barcelona described Dominican Jasper as "similar or superior to existing Jasper in the market."

Jasper is used for making jewelry.

"In the traditional sense, jasper is a dense, opaque, microcrystalline variety of quartz (or more strictly, chalcedony), usually red, brown or yellow and coloured by oxides of iron. It has frequently been used as a decorative stone," states the website International Colored Gemstone Association.

"Confusingly the term is also used for other silicified rocks or decorative stones (in particular some varieties of rhyolite are often termed jasper).

" Although jasper is traditionally listed as opaque (and this is a major distinction between jasper and other forms of chalcedony) in reality all jasper is slightly translucent - and this can be best seen on thin chips and slices held up to a light".

So we ask, if Dominica has the best Jasper in the world why has Shillingford failed to interest Government of Dominica in that product?