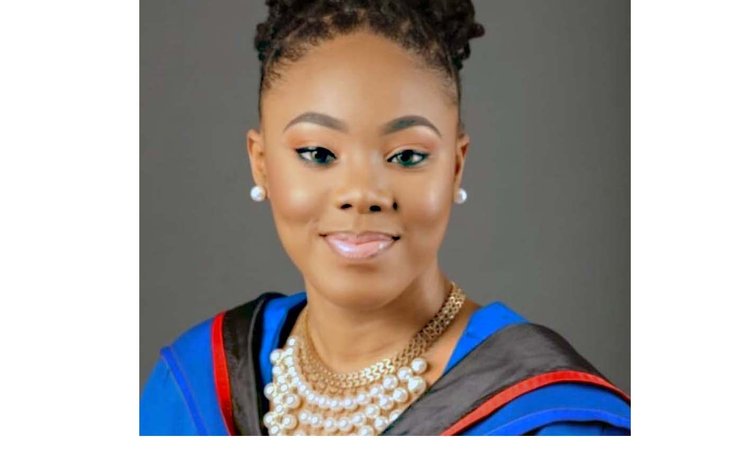 Dominica's very own, former Convent High School student, and Lead Institute graduate, Iyka Dorival, has blazed a trail at the University of the West Indies (UWI) and captured the prominent status of Valedictorian for the 2020/2021 academic year. On October 23, Dorival who graduated with a Bachelor of Law was awarded the highest degree, that of First Class Honors which compliments her status of Valedictorian. At present, she is pursuing a Legal Education Certificate (LEC) at the Norman Manley Law School in Jamaica.

Following several reports emerging from the South Asian country of Pakistan, that Prime Minister Roosevelt Skerrit had signed an agreement with Rawal Institute of Health Sciences (RIHS) to open Rawal International University Dominica here , Skerrit has somewhat confirmed the reports to be true. Speaking during a recent radio interview on his trip to the UAE, he stated, "we are developing relations there and I took the opportunity to visit Pakistan where I also visited a University that has an interest in Dominica and that is a massive University. It is not only a University School of Medicine, but it is also a school of pharmacology, a school of dentistry, a school of nursing and the owner of this university, they also own a hospital…" The prime minister, however, did not specifically indicate if an agreement was made with that institution to set up a university in Dominica. As reported by the online publications to include Dawn Newspaper, Skerrit and his delegation visited the Rawal College of Medicine and Dentistry during their two-day visit to Pakistan at which time an event was held "in their honour" to celebrate the opening of the new Dominican university, a joint venture of RIHS Islamabad and the Commonwealth of Dominica. Skerrit also announced during his interview that Dominica also signed a Memorandum of Understanding (MOU) with another group about which he also plans to provide more information in the coming week.

As part of its mandate to provide and promote universal access to the internet throughout Dominica, the National Telecommunication Regulatory Commission (NTRC) is subsidizing the cost of basic internet service through its Net4All programme targeted at low-income households. Speaking during the virtual launch of the programme, Executive Director of the NTRC, Craig Nesty pointed out that as the country transforms itself with the Digital Dominica project, one will find it difficult to access services and may be segregated from society. Recognizing this, the commission hopes to stem this issue as Nesty says "It will allow students and their families who find it difficult to afford the internet to have access to services subsidized by the Universal Service Fund for only $10.00 a month." The list of requirements includes, no broadband service, access to a desktop, laptop tablet/devices, students must reside within the home and the applicants must require a helping hand, the NTRC stated.

Just two weeks after his 22-year-old brother Garry Thomas of Petite Savanne was charged with the murder of 41-year-old Stalkly Antoine of the same community, Chasrey Thomas age 30, was slapped with the same charge. According to the charges read to him at the Grand Bay Magistrate Court on October 18, 2021, while appearing before Magistrate Pearl Williams, it is alleged that on September 26, 2021, at Ravine Shall, Petite Savanne, Antonie received fatal stab wounds to his body allegedly inflicted by Garry and Chasey. Since murder is an indictable offence–expected to be heard at the High Court before a Judge and jury– the accused was not required to enter a plea. Following the incident, Garry surrendered himself to the investigating officer at the Grand Bay police station and a charge was laid but Chasey was at the Dominica China Friendship Hospital (DCFH) nursing injuries. According to attorney-at-law Joshua Francis who represents both men, Garry has since been granted bail and an application will be made for his brother to be granted the same. Chasey Thomas' matter was adjourned to the same date as his brother's p – January 24, 2022 – for a preliminary inquiry.

A consortium of leading banks in the Eastern Caribbean Currency Union has announced that they have entered into a definitive agreement to acquire the branches and banking operations of CIBC FirstCaribbean in Dominica, and three other Caribbean islands. Once approved, the National Bank of Dominica (NBD), will now take over the local CIBC branch with the Grenada Co-operative Bank Limited, St Kitts-Nevis-Anguilla National Bank Limited and the Bank of St Vincent and the Grenadines Limited (Agent of the Consortium) taking over in these respective countries.