Dominican Nurses: "We are drowning" 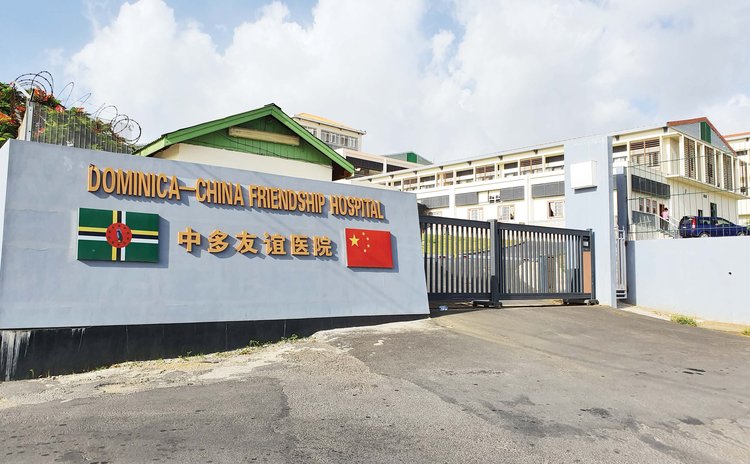 After more than a decade of working her dream job, as a registered health care provider, Nurse Esprit has seen and been through a lot. And though it was rough, she says that she once thrived off of the pressure and adrenaline which came with her career.

Now, two years into the pandemic, the young professional is considering something she never had before: either leaving the field she once thought would have taken her into retirement, or packing up her bags and relocating her family.

"I just can't do it anymore," she told the Sun.

"I did not sign up for the facility taking advantage of the fact that I have a calling," she said. "There is a difference between knowing my calling and knowing my worth."

Across the country, reports reaching the Sun is that nurses are quitting bedside jobs at an alarming rate and migrating to other countries.

As such, the nurses who remain, are left to care for more people with fewer resources, we're told.

An exhausted Nurse St. Ville, who's contemplating migrating says that due to the present understaffing she's often left to juggle up to 15 to 20 patients per day.

"We are drowning," she declared. "Being so overworked you just feel like you don't have anything left to give. It creates this detachment from the job, which is a bad thing especially when you're a nurse and believe in the power of being compassionate."

Another nurse who's finalising her migration to Anguilla says that having to care for so many patients and not being given the same care in return from management and the authorities have sealed the deal on her departure.

"If more support were given when we were crying for help, in terms of transportation, better pay, greater incentives maybe I could see myself staying," she said. "It's too late now. I just don't have it in me anymore."

Pay is at the heart of the issue. At least two nurses who recently migrated to the United Kingdom less than a year ago told the Sun that they "just couldn't see their way in Dominica" working in the field.

"In less than six months, I was able to purchase a vehicle, send money home to my family, plus save up so I can further my studies. While in Dominica, working as a nurse for close to eight years, I struggled to pay rent, buy groceries, and far less to save," one of the departees who requested anonymity brought to our attention.

In the pandemic's early days, nurses and other healthcare workers were buoyed by a grateful public. But that support has dwindled and in some cases morphed into outright hostility as the Covid response became a politically polarizing topic.

"Suddenly we go from being the hero to the villain … physical and emotional violence against healthcare workers is escalating like never before and it's not like we're getting paid adequately for all what we went through and continue to go through," another nurse said.

"We need system-wide change," she added. "This is not an individual problem; we need fundamental systemic change that addresses those things that are creating moral distress and burnout."

Deputy Chairman of the Hospital Authority Board Eliud Williams confirmed that the issue of nurse attrition remains a concern to the board, and new incentive measures are currently being put in place to address this issue.

Nevertheless, he says, "nurses will leave, that's just a fact of life."

"When you consider the fact that what is paid elsewhere, we'll never be able to match it. But as I mentioned we have to look at reward systems," Williams stated. "Many years ago, when I studied health ministry, it wasn't just pay, people were also looking about recognition, comfort, support services. If you had, for example, support facilities like daycare, or some arrangements like this, especially for night duty nurses, we may see reductions in certain areas. So this has to be looked at."

For his part, the Chief Executive Officer (CEO) of the DCFH, Dr. Dexter James highlighted that attrition is less of an issue as opposed to the absenteeism rate which the board has been observing.

"And we have to find the root cause as to why the absenteeism rate is so high. And if we're able to fix that, I think we'll be able to have a more sustainable nursing programme here in the hospital," he said.

In the interim, James pointed out that while nurses are leaving, the board has taken the opportunity to add on about 12 recent graduates within the past seven months, who were waiting to be enlisted. The board has also given the green light to have an additional 10 graduates who passed the regional exam join the profession.