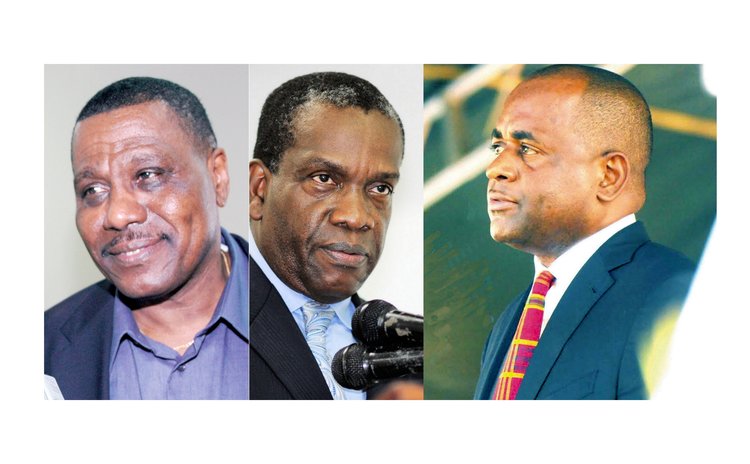 July 1 of this year will mark the 100th anniversary of the founding of the Communist Party of China (CPC). At this milestone moment of celebration, Dominican political parties such as Dominica Labor Party (DLP), United Workers' Party (UWP), and Alternative Peoples' Party (APP) extended their congratulations to CPC and their best wishes to Dominica-China friendship.

In the letter to Chinese President Xi Jinping who is also General Secretary of CPC Central Committee, Dominican Prime Minister and Leader of DLP Hon. Roosevelt Skerrit said: "Over the past 100 years China has demonstrated that with a people-oriented policy approach aimed at ensuring employment, people's basic livelihoods, safeguarding the wellbeing of the people, ensuring that key safety nets are put in place with major policy support in education, employment, social security, medical services, housing, and environmental protection, people's lives are improved".

"I commend the CPC with President Xi at its core for the visionary leadership that brought about the Reform and opening-up policies that have transformed the physical landscape of China and have bought tremendous economic and social benefits to the people of the People's Republic of China and world by extension", said Skerrit.

Skerrit also spoke highly of China's achievements in fighting against the COVID-19 pandemic and eliminating extreme poverty under the leadership of the CPC. Hon. Lennox Linton, Leader of UWP said in his letter to General Secretary of CPC Xi Jinping， "Fittingly, this centenary milestone is decorated with the love and support of the people of China deeply appreciative of the success of the CPC in liberating them from exploitation and oppression and providing strong, people-centered governance to improve the quality of their lives in peace, happiness and prosperity".

"We give thanks and praise for CPC's outstanding leadership in China's commitment to human peace and development and its meaningful, longer-term cooperation with the developing countries through which our country has benefited significantly," said Linton.

President of APP Julius Corbett also extends their congratulations to CPC in the letter to the Chinese Embassy.

Corbett said: "Having survived nationalist fracture, civil war and successfully presiding over the formation of the PRC, the CPC is a permanent fixture in the history of the Chinese people. Today, the Chinese open-door policy stands as a testimony to China's growth and global influence, and APP will continue the Dominica-China friendship into the foreseeable future."