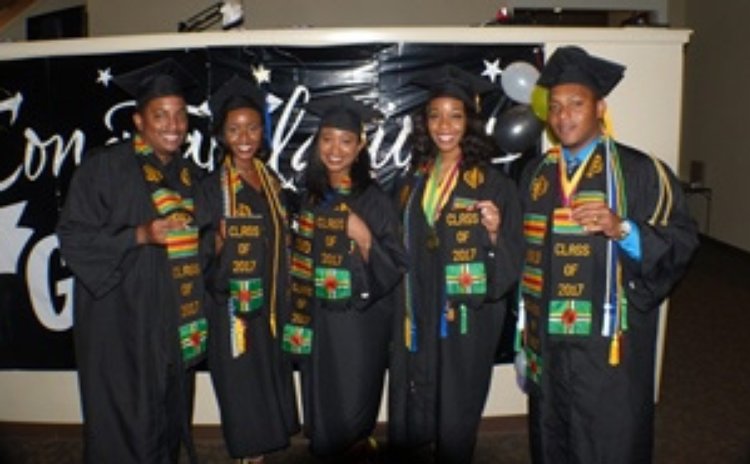 Ten Dominican students earned degrees at Midwestern State University's May 2017 Commencement exercises last month. They were part of a group of 30 Caribbean students who also walked the stage.

Both Gordon and Graham were honored for outstanding leadership and contributions to the Caribbean program. However, the Dominican students in general were outstanding ambassadors for the program, according to Dr. Randy Glean, program director.

Keynote speaker, Dr. Jenner Joseph, a Dominican who was the first student enrolled in the university's Caribbean program in 1993, encouraged the students to bring positive changes to their world as they seek to enhance their credentials. He urged them to maintain the social conscience that formed the core value of the program. Dr. Joseph, an SMA alum from Goodwill, graduated from MSU in 1997 before earning his doctorate at Washington University. He is now a medical systems engineer.