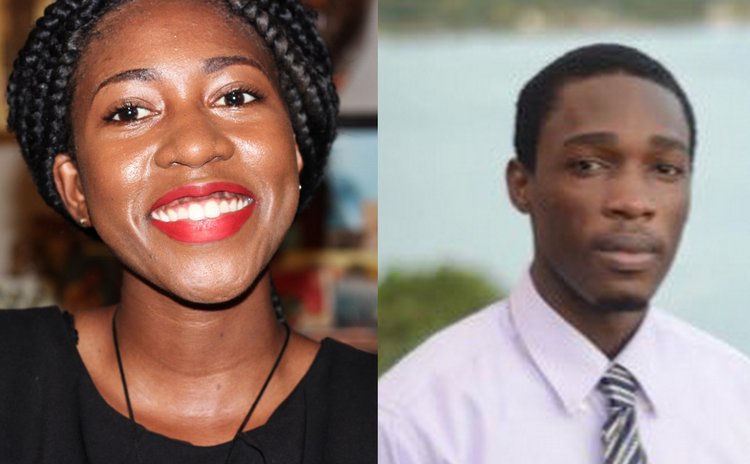 Her Majesty The Queen will present a Queen's Young Leaders Award to two exceptional young people from Dominica at a ceremony at Buckingham Palace, London on Thursday 29th June. The Award celebrates inspiring young people from all over the Commonwealth who are dedicated to driving change in their communities and beyond.

This year's Award winners, nineteen-year-old Rianna Patterson has been chosen in recognition of her dedication to helping ease the impact dementia has on individuals and families. Eber Ravariere is 28-years-old and has been acknowledged for creating opportunities for young people through agriculture.

Rianna and Eber will be representing Dominica as they join winners from across the Commonwealth in the UK for a programme of inspiring meetings, networking opportunities and bespoke training and mentoring, all designed to help them to develop as leaders and work with ever greater impact to transform people's lives.

Selected from a competitive process where thousands of young people from all over the Commonwealth applied to be a Queen's Young Leader, Eber Ravariere said: "During my year as a Queen's Young Leader, I hope to raise awareness on the importance of food security and the involvement of youth in agriculture. It will be encouraging to hear other stories and learn from successful organisations and businesses."

The 2017 Queen's Young Leaders Award winners are working to support others, raise awareness and inspire change on a variety of issues from tackling bullying in schools, to preserving the environment, to promoting gender equality.

Before receiving their Queen's Young Leaders Award at Buckingham Palace, the winners will visit 10 Downing Street, as well as take part in masterclasses at the BBC World Service and the UK headquarters of global social media company Facebook. They will also meet the Commonwealth Secretary-General, take part in workshops at the University of Cambridge, meet senior executives from some of the UK's leading organisations and visit projects that are changing the lives of vulnerable people in the UK.

Dr Astrid Bonfield CBE, Chief Executive of The Queen Elizabeth Diamond Jubilee Trust said: "The Queen's Young Leaders of 2017 are doing truly remarkable work within their communities. Their actions are having a positive impact not only on those around them but also by setting in motion positive change that will last for generations to come. The residential programme is an opportunity for the 2017 Queen's Young Leaders to come together for the first time, to foster partnerships and share ideas about how they can work together as a group to improve people's lives all over the Commonwealth. We are delighted that these young people are being recognised for their life-changing work by Her Majesty The Queen and we hope that their time in the UK will inspire and enable them to pursue their work for others on an ever greater scale."

Details about how to apply to become a Queen's Young Leader, together with information about the 2017 Award winners and Highly Commended runners up, is available at www.queensyoungleaders.com.