Dominicans, are we waiting for a major accident before we ban the use of cell phones while driving? 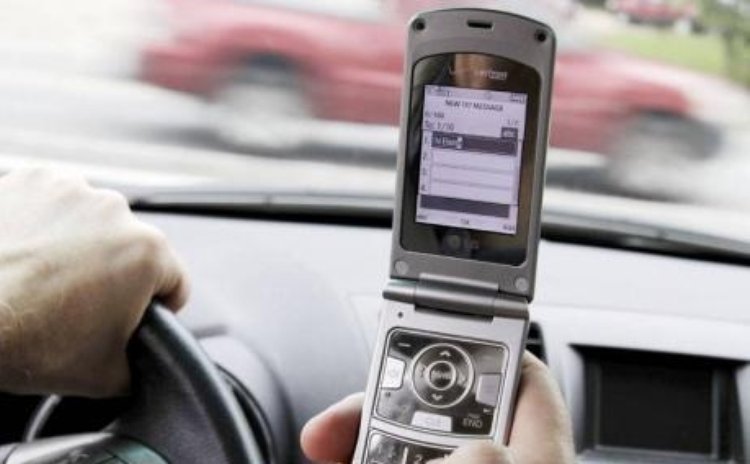 Texting while Driving: A call to ban the practice

There's no more avoidable, and more common practice that is more dangerous, than driving a vehicle while the driver uses a phone to text or to talk. Yet that recklessness happens every hour of every day on every road, narrow and precipitous. And Dominicans do nothing about it. We just keep talking and texting while we count the number of road fatalities and accidents.

"Safety organizations report that 28 percent of all accidents are caused by cell phone use," reported HG Legal Resources.org, a USA originated website. "Traffic deaths are not restricted to drivers and passengers. Emergency rooms reported last year more than 1000 pedestrians were injured or killed while walking and talking/texting."

As we have said in other editorials, Dominicans who brag incessantly about being first in so many insignificant things should make this a notable first: Let us be the only Caribbean country where the use of cell phones by drivers is completely banned.

But the problem you will encounter if you make that suggestion is that someone will argue that there are no figures to prove that any of our accidents, fatal or non-fatal, was caused by the use of cellphones.

Nevertheless, the number of fatal road accidents that has occurred in Dominica during the last few years and the dangerous driving we experience on our roads every day has generated much discussion about the need for the more efficient implementation of the country's road safety regulations as well as the enactment of new laws prohibiting the use of communication devices such as cell phones, whilst driving.

Though the number of deaths due to traffic accidents in Dominica may seem very small, we are of the view that given our extremely lax road safety standards and our poor roads only God knows why there are not many more and more frequent fatal injuries on our roads.

On an international level, the World Health Organisation (WHO) has declared that traffic accidents have become a global public health crisis and chose the slogan "Road Safety is no Accident" as its theme for World Health Day a few years year.

The WHO reports that each year hundreds of persons die in traffic accidents and thousands more are injured. The economic impact of traffic accidents on developing countries was estimated to be approximately US$65 billion a year to include the cost of hospital care, rehabilitation expenses, the impact of absence of skilled workers from the work force, increases in insurance premiums and replacement of vehicles.

Each year, according to the UN, about 1.3 million people lose their lives due to road traffic accidents and it is projected that this figure could rise to 1.9 million deaths by the end of 2020, if remedial action is not taken. The UN estimates that road traffic accidents are the major cause of death of young people aged 15-29 years worldwide. Dominica's Ministry of Health has reported that for the period 2000 to 2009, motor vehicle accidents were the leading cause of death among young persons aged 15-24 years and was the second leading cause of death for persons aged 25-44 years. .

As we stated earlier, given our low level of adherence to basic safety standards, traffic accidents should be occurring here much more regularly. In addition, regulations for the use of safety devices, such as seat belts, are not enforced and dangerous practices such as driving under the influence of drugs and alcohol have become the norm. But in fact, a cell phone user may be as impaired as a drunk driver.

During the last decade, mobile telephones have become a major source of communication and an essential device for many people who also use their car as virtual offices.

But many countries have now realized that there are "adverse consequences associated with use of a car telephone while driving, whether hand-held or hands-free", states "Car Telephone Use and Road Safety" a report prepared for the European Commission.

The report states that research shows that using a car telephone while driving distracts the driver and causes driving behaviour which adversely affects road safety.

While hands-free phones and other devices, such as speed-dialing and voice activation reduce physical distraction, the most important negative factor associated with using a mobile phone while driving, is diversion of attention from driving to the conversation itself. The average time one takes to send a text is five seconds, the time it takes a car moving at 55 mph to travel the length of a football field. A driver talking (hands-free or not) on a cell phone will generally slow down and often fail to notice critical details in the driving environment.

The dangers are so well recognized, writes HG Legal Resources: org, that "it is common practice for a personal injury attorney representing a car crash victim to request cell phone records from the driver of the other vehicle".

The extent of the negative effects of telephone use while driving depends on the complexity of both the conversation and the driving situation. Driver reaction times are 30% slower when telephoning while driving than driving without that distraction. Psychologists tell us a texting or talking driver is under an illusion of control, in denial of the risks involved in the distracted-driving behavior.

Thus we need to be proactive and act now by enacting legislation to restrict cell phone use whilst driving and we should not wait for a fatal accident. We recommend a nationwide ban on texting, restriction of cell phone use to emergencies, strict enforcement of existing laws, and a ban on the use of mobile devices by all drivers while driving.