Dominicans "doh know how to change" 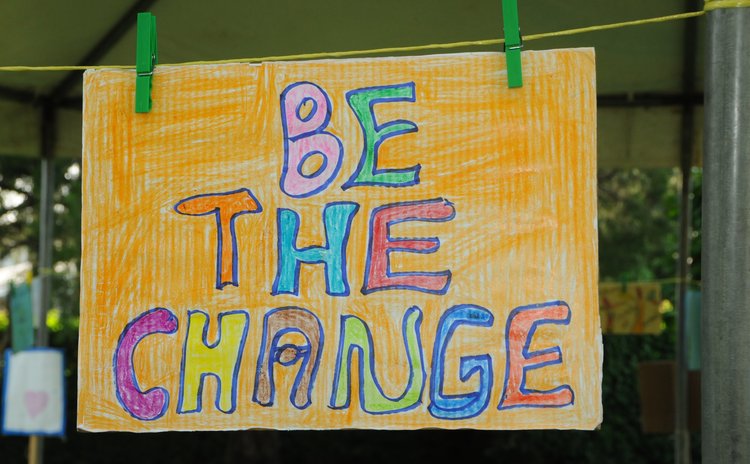 While Dominicans were celebrating the achievement of Daryl Bobb their new Calypso Monarch (who decisively demonstrated to young and old alike that persistence pays) in Trinidad and Tobago there was a new Calypso sensation in the person of 24 year-old Helon Francis.

Francis emerged as the new 'Calypso King of the World' , reported the Trinidad Guardian, when he captured the 2018 National Calypso Monarch title at the Queen's Park Savannah, Port of Spain.

The newspaper reported that Francis, singing his thought-provoking, nation-building song "Change", started his delivery strumming on a guitar whilst seated on a chair, before dishing a masterful performance that belied his age. Capturing the attention of his audience, Francis asked some probing questions, such as, "Who sets the standards in Trinidad and Tobago?"

His song called on citizens to make change their duty, singing, "Change the change within the society, otherwise we have a bandit factory, but things wouldn't change despite all we do, if change doesn't start with you".

Stating that change is much more than paving an old road, and change is greater than fixing a lamp post, Francis belted out, "change is about the whole nation, and how we are portrayed when the party done. It's just the same thing again and again, like we leaders don't use their brain".

With his trademark laid-back style, the newspaper reported, Francis went through a number of appeals for change; for example our attitude to the arts, education and leadership but more pointedly he assigned the responsibility for change on the individual, echoing Mahatma Gandhi who once said, "Be the change that you wish to see in the world."

Treasurers of this blessed land

I find it so strange

The way we arrange

Still this nation doh know how to change

Things getting from worse to worse

This is what I propose

Let's change the change for a better nation

Change the change for all foundations

Change the change within the school systems

Stop changing ministers and change what we teach them

It won't change despite all that we do

If the change does not change with you.

Although Francis' Calypso refers specifically to Trinidad and Tobago, we believe that the ideas that he advocated in "Change" is fundamentally appropriate to Dominica in 2018.

Undoubtedly, Dominicans need to embrace change since the country has been set on a course to become more resilient to mega-storms like Hurricane Maria.

But in the political realm the need for change is overwhelming. For example: Dominicans seem to find effecting change at the top absolutely difficult. The late Dame Eugenia Charles was the leader of the ruling Dominica Freedom Party (DFP) for 15 years; she left voluntarily after she became disillusioned with politics. Soon afterwards the DFP disintegrated amidst a bitter leadership struggle.

From 2000 to 2018 Dominica has been led by one party, the Dominica Labour Party (DLP) and the current Prime Minister, Roosevelt Skerrit, has been in power for fourteen years.

St. Lucians do know something about change that has eluded Dominicans for the last two decades.

But apart from politics in other arears of development change has also avoided Dominicans. Take agriculture for example. For decades we have known that to build resilience and to ensure greater food security we need to develop a comprehensive plan for the revival of the sector. Clearly, officials of the Ministry of Agriculture appear to be tinkering with various aspects of agriculture with varying levels of success but most observers are convinced that this "toopatou" approach to agricultural planning will not work as the country grapples with the effects of climate change.

The Sun Newspaper has reiterated, especially during the current national economic crisis, that there will be little sustainable growth in Dominica's economy unless we improve production and productivity in agriculture. But in other aspects of the economy (tourism, manufacturing, foreign direct investment) there's been practically no change.

As the Roosevelt Skerrit administration enters the latter part of it fourth five-year term, Dominica needs to make some drastic changes to pull the island out of the bottom of the precipice of social and economic underdevelopment into which it has plunged. And here we suggest that in the post-Maria period we need to adopt a national fixation on repairing the economy.

But before that change occurs, the Skerrit administration must first admit that the economy is in dire straits, made much worst by Tropical Storm Erika in 2015 and now Hurricane Maria in 2017. The planners of our economy must determine and agree that this is a country where at least 20 per cent of the population doesn't have a job, and of those who do, three-quarters can be described as "working poor".

They must also admit that this is a place where more than half of the nation's children and youth are "trapped" in poverty; where many are forced to realign the boundaries of hope, dreams, aspirations and need.

They must also admit that this is a nation where jobs are hard to come by, where business is stagnating, where the "Red Clinic" stands as a monument to the dire economic conditions.

In other words they must admit that this is a country where the economy was in shambles before Maria and more so now. And then resolve to fix it. Let's change the change.