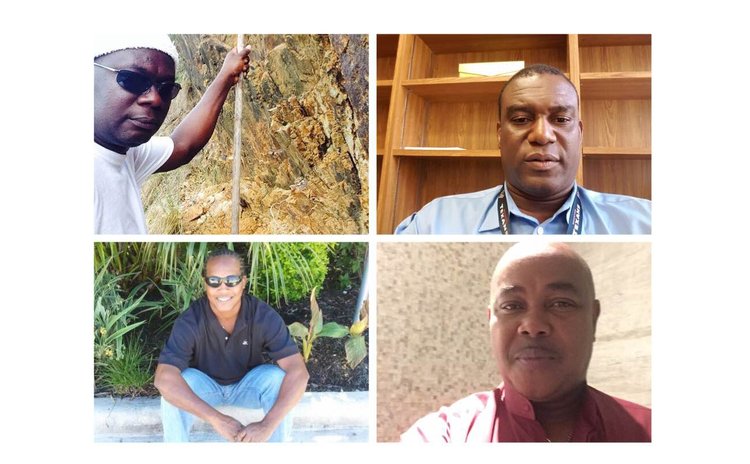 Jon Glen Bannis, Elvis Jno. Finn and brothers Michael and Earl Carlton Dangleben are the main forces behind the latest music festival on the entertainment calendar of the 4th largest city in the United States.

According to Bannis, the concept for the show arose from their collective need for a music festival that more closely resembled their French/Creole heritage.

"We all frequent the same events and found that apart from house parties or events organised by the Dominica Houston Association our local music was not promoted on as large a stage as we would like, and we saw that to mean that the music was also not reaching persons outside the Dominican/Caribbean community. We believe we can change that." He added "Additionally not everyone can go home to experience the culture each year, so we are also trying to bring this experience to those persons as well."

Their mission is to share Dominica's culture while uniting a diverse group of persons through music, food and culture.

"Houston is a very dynamic and diverse city; with a large Caribbean and African population. We are also not too far from New Orleans with its Zydeco influence," says Jno.Finn (well-known as a DJ and Event Promoter ) "so for us this event is not just about showcasing our music per se but acknowledging the African and Creole influence not only on our music but other genres and inviting them to share with us as well."

The festival will be held over two days at two venues. The main show on Saturday October 1st will take place at Houston's Hobby Center- an indoor/outdoor venue that can accommodate crowds in the thousands. The Dominica-based acts carded for the show include calypsonians Sye and Hunter. Their St. Lucian counterpart Invader will also perform. Other acts include Lousiana's Hustlers Brass band and Fred Platinum Zydeco Band. Galaxy Band-a Houston based group comprised Caribbean musicians, will perform while Contagious Band comprised on mostly Dominican musicians will back up the solo acts. The Houston-based DJs DJ Danny Boy, DJ Norro and DJ Omega share Dominican roots. Also on the lineup is Houston's and DJ Iceman Ike. The show will be hosted by Dominican media personality Matt Peltier and St. Lucian comedian Carlton "Cokes" Cyril.

On Sunday October 2nd, the festivities move to Baytown TX, a coastal community with a large Caribbean population, about an hour's drive from Houston. Dubbed "Creole on the Ranch" the event will feature Contagious Band and Baytown DJs to include DJ Butch and, DJ Baby Cham who will be repping hard for St. Lucia and DJ Cruzan of St. Croix.

"So far the feedback from the Dominican and St. Lucian community has been positive … encouraging, really," says Michael Dangleben.

"We're motivated and we want to show our culture to the world and we hope that we will make Dominican's proud," added big brother Carlton.