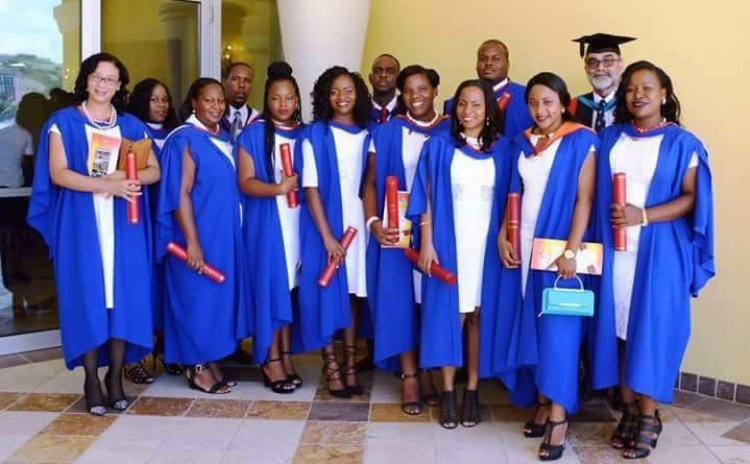 On Saturday October 8, 2016, twelve of the 43 Dominican graduates of the Class of 2016 of University of the West Indies (UWI) Open Campus Dominica attended the institution's 8th Presentation of Graduates Ceremony at the St. Kitts Mariott in Basseterre, St. Kitts & Nevis.

All 12 students were awarded Undergraduate Degrees.

The graduates celebrated their achievements in the presence of Heads of State and Government officials of the English-speaking Caribbean, the Chancellor and Vice-Chancellor, members of the University's Executive Management, other highly placed University and government officials, as well as their family and friends.

The other Dominican graduates at the Ceremony were as follows:

A total of 698 students (593 undergraduates and 105 post graduates) officially formed part of the Open Campus' Class of 2016.