Jump Ball No. 45 By Arlington James 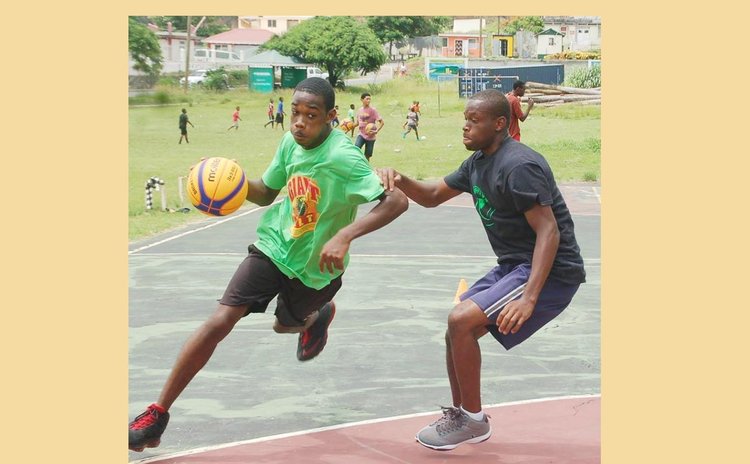 While playing basketball either competitively or recreationally, or even viewing a match from the stands, one may have uttered or heard certain expressions coming either from players or fans, referring to the game or something that may have happened during the encounter.

Here are some Dominican basketball expressions describing players, match officials, shots at a basket, a pass, fun games, etc; these are presented in alphabetical order.

Belle-Marché Pont Cassé was a fund-raising walk organsied by the basketball association in 1969. Participants journeyed 28 miles, from St. Mary's Academy (SMA) in Roseau to Hillsborough Bridge at Layou, to the Pont Cassé Round-about, down the Imperial Road to Canefield and ending at SMA.

Do you know other local basketball expressions that were not captured above?

N.B. The above was first presented in a Report on the 2014 National Basketball Season to the DABA.