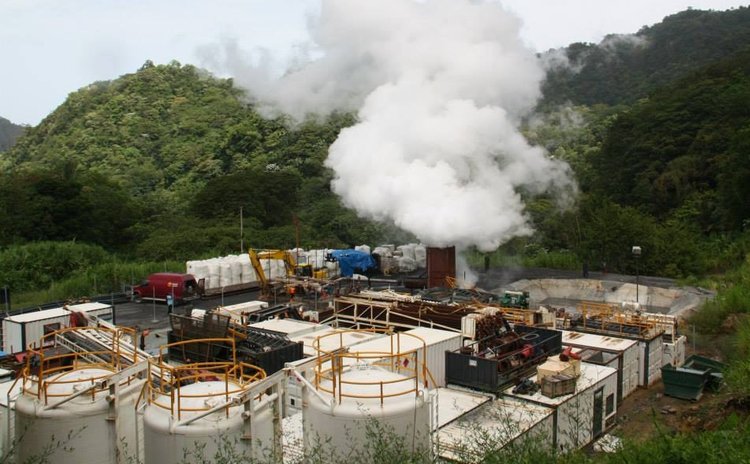 During his presentation of the 2016-2017 annual budget, Prime Minister Roosevelt Skerrit, said before Tropical Storm Erika in August 2015, "all economic indicators pointed to positive growth of 2.4 percent for 2015" but the government had revised that projection to negative 3.9 percent.

"Notwithstanding the disappointments and setbacks due to the storm, Government is determined to return the economy to positive growth," Skerrit said.

He added: "Preliminary GDP estimates indicate that output in the Dominican economy, contracted by 3.9 percent, during 2015, in contrast to an expansion of 3.9 percent in 2014. Estimates for 2016 suggest a turnaround, as output is expected to expand by 1.3 percent, with projections for 2017 indicating a further expansion of 2.8 percent".

On August 27, 2016, one year had passed since Tropical Storm Erika devastated the island and the effects still lingered and Dominica's recovery efforts appeared to be an uphill struggle.

Recall that in 2015, Erika had poured 12.64 inches of rain on the island in just 12 hours. The ensuing floods, landslides and related disasters claimed lives, property, crops and infrastructure. In 2016, although Dominica had moved along the path to recovery much more had to be done.

Tropical Storm Matthew created chaos, in late September, in the Eastern Caribbean with heavy wind and rain and, as he strengthened to Hurricane status, Matthew affected Hispaniola, the Bahamas, eastern Cuba and Haiti, most of all, where the hurricane killed about 1600 people.

But before he did, Matthew unleashed his fury on Dominica, St. Lucia, St Vincent and the Grenadines, Barbados and Grenada.

In response to the impending storm, LIAT, the Caribbean airline, cancelled all flights to the southern Caribbean; in Dominica, Prime Minister Roosevelt Skerrit ordered schools closed.

After the storm, DOMLEC, the only power generation and distribution electricity company in Dominica, said there had been no power in the south, parts of the north, west and east of the island.

Similarly, DOWASCO, the Dominica Water and Sewerage Company reported that there were water outages in many parts of the island due to siltation, broken pipes and pumps that could not be powered since there was no power.

Meanwhile, earlier in 2016 heavy rains in the surrounding mountains caused the Melville Hall River to burst its banks on 15 March, flooding Douglas-Charles airport and forcing the cancellation of flights as the authorities closed the facility.

Less than seven months earlier the runway had become a riverbed, as a merciless TS Erika caused in excess of $40 million in damage to the fencing, the runway, the taxiway, the apron and equipment.

In August 2015, Prime Minister Skerrit gave the assurance that Dominica was nearing the end of negotiations with French investors to start building the much talked about geothermal plant.

The plan was to develop a 10 to 15 megawatt small geothermal power plant in the Roseau Valley, according to project document, a copy of which was made available to The Sun compiled by the geothermal management unit of the Ministry of Public Works, Energy and Ports. Construction was to begin in 2016 and commissioned, on completion, in 2018.

However, the French have since pulled out leaving government in the heat and in 2016 local authorities said Dominica would be undertaking its geothermal journey alone.