Dominica's Economy: Who's Responsible for the Decay 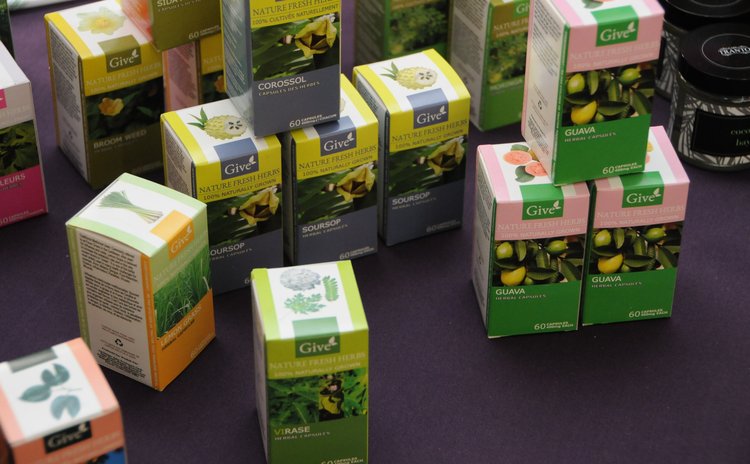 Let's start way, way back when Dame Eugenia Charles ruled Dominica with a combination of the iron fists of Britain's prime minister Margaret Thatcher and the matriarchy care of Queen Elizabeth II.

Dame Eugenia was prime minister when banana was king, when green gold littered the hills and valleys of this gem beyond compare.

Around 1988 the island exported 71,000 tons of bananas to the United Kingdom; that was before President Bill Clinton's administration, Latin American plantation owners and the World Trade Organisation (WTO) collaborated to strangle and choke the island's preferential banana markets, essentially sending bananas to its grave.

Yet, ironically, the Government of Dominica forgot that basic historical fact and rolled out the red carpet when President Clinton visited here a few months ago, after Hurricane Maria. Anyway, that's another subject.

But essentially Dame Eugenia began her reign in 1980 after Hurricane David and the May 29, 1979 riots that devastated Dominica much like Hurricane Maria did in 2017 and set Dominica back a few decades with destruction valued at EC$1.2 billion. In the early Eighties, Dame Eugenia had the task of rebuilding schools, health centres, homes and attempting the repair of the forever-fragile economy.

Nonetheless, Dame Eugenia has been accused of managing Dominica's economy like a fireman runs a fire station; she was so busy putting out fires that she hardly settled down to plan for economic development of her country.

"There was not a sense of a coherent development strategy that her government envisioned," writes Professor Eudine Barriteau in an essay entitled: "The Economic Philosophy of Eugenia Charles and Dominica's Development" in the 2006 book "Enjoying Power: Eugenia Charles and Political Leadership in the Commonwealth Caribbean."

Barriteau added: "In the fifteen years of the DFP administration, there was not one five-year plan or other long term development plan."

After 18 years of the Dominica Labour Party administration, the situation is similar- few Dominicans can recall an outline of the Roosevelt Skerrit Government's long term development plan, if any exists. Like Eugenia, Skerrit is basically engaged in putting out small fires all over the place - handing out scholarships and houses and personally giving out money to the sick to pay medical bills.

By the way, it was Prime Minister Eugenia Charles through Grace Tung who started selling Dominican passports, calling it citizenship by investment; Prime Minister Edison James and his then finance minister Julius Timothy re-engineered it; Roosevelt Skerrit put it on steroids, vastly expanding this extremely fragile and controversial cash cow.

Under the United Workers Party (UWP) the economy fared no better than during the DFP administration. For instance on November 25, 1996, Minister for Finance, Industry and Planning Julius Timothy, addressing the Nineteenth Annual General Meeting of the National Commercial Bank of Dominica said "Preliminary data for the first half of 1996 indicate that the Dominican economy slowed down considerably as compared to 1995. This was due to the severe damage to agriculture caused by unfavorable weather in the latter half of 1995. There was a sharp contraction in export volume of bananas - 30.5% - during the first half of 1996".

But the UWP could argue that it had only four-and-a-half years to fix an economy that the DFP could not repair in 15 years; but from 1995 to 2000, it created the World Creole Music Festival and at that time, at least, manufacturers like Bello and Dominica Coconut Products were still alive.

Enter the Rosie Douglas, followed by Pierre Charles and now the Roosevelt Skerrit Dominica Labour Party (DLP) administrations, from 2000 to 2018. Note that the economy has not fared any better, despite the hyperbolic statements of government's propagandists.

Economist Michael Norris wrote recently in the SUN that "the growth of output of goods and services (Gross Domestic Product or GDP, for short) in Dominica lagged behind growth in emerging markets and developing economies (EMDE) in the period 1980-2015. During that period, the economy of Dominica grew at an average of 2.7 per cent per year, below the 3.3 per cent of the Eastern Caribbean Currency Union (ECCU) and 4.5 per cent in EMDEs".

No, that's not interpreting the cup as half-full or half-empty- the cup's bottom is hardly wet, it appears.

Dominica, as described by Dr. S.B. Jones-Hendrickson, professor of economics of the University of the Virgin Islands, is a micro-microstate (a state with a population of less than one million people) that suffers from a narrow resource base, small market for industrial production, extremely high import dependence, diseconomies of scale, narrow range of trained human resources and high susceptibility to man-made and natural disasters. Overcoming these disadvantages is not easy.

"Economic history has shown that it takes decades even centuries for countries to archive levels of sustained growth," writes Jones-Hendrickson. "Small is beautiful, it is said, but small economies can also have disconcerting features which balance them on knife-edge reality."

Yet our politicians will say, repeatedly, to the gullible that Dominica's economy is doing well, when, under normal circumstances, it is extremely difficult for countries of Dominica's size and population to even stay afloat.

For Dominica's economy to revive and grow the country's leaders need to tell its citizens the truth, that they need to practice extreme frugality, innovativeness, discipline, a deep unwavering focus on productivity and production and most importantly, every Dominican must pull the country in the same direction towards growth and development.

Given the current toxic political climate, shaken and stirred constantly by politicians of both sides, the ideal of all Dominicans working together for economic development may be a bridge too far.