JUMP BALL No. 69 : By Arlington James 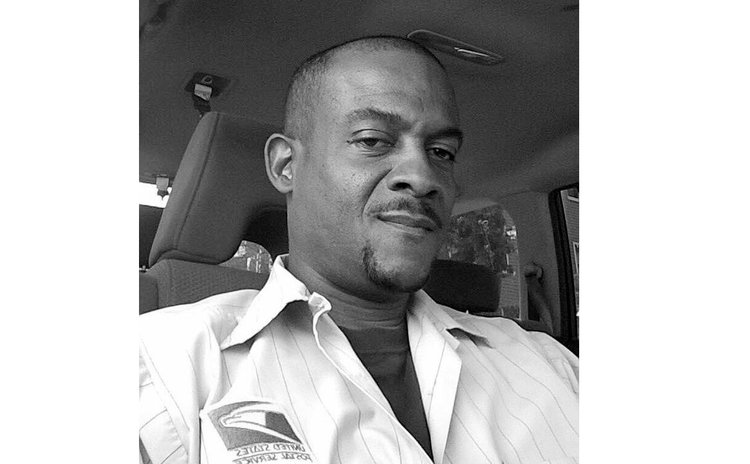 Kent Williams, one of 5 former national basketballers who represented Dominica in three sports

One of the Jump Ball articles published in 2017 was titled, 'Basketball Doctors… Playing Football?' Among other things, the introduction to that article had presented a super-short list of 15 of Dominica's multi-sport personalities, including 13 who played basketball and at least one other team sport.

However, a comprehensive island-wide list of Dominican sports men and women who play(ed) in two or more sports in our various "national leagues" would certainly amount to a few hundred names. That list, interestingly, will include 13 national basketballers who also represented Dominica in at least one other sport. For purposes of this article, however, this short-list will be restricted to representation on the senior national and Under-19 teams only.

Jump Ball acknowledges, nonetheless, that several young athletes participating in the Windward Islands 'Inter-Schools' Games represent the Nature Island in multiple sporting disciplines, and there may also be other athletes in lower age-class categories who have represented Dominica in multiple sports.

Some readers of this column may never have heard of some of those players. That said, however, let us now meet the members of that squad of Dominica's elite basketballers, individually, but not in alphabetical order.

Cuthbert Williams: Cuthbert and four other former national basketballers stand proudly on the top level of the sports podium, having represented Dominica in no less than three sports. As a basketballer, he played in the national league with SMA and Atoms in the mid-1960s, and later with Cardinals.

Cuthbert was selected to Dominica's first Island Team, in 1967, for the team's engagement of 7-Up Giants of Barbados at the SMA Grounds. He also represented Dominica against Guadeloupe in 1968, and in the first Windward Islands Basketball Tournament staged in St. Lucia in 1975, following which he and five other Dominicans were selected to the first and only Windward Islands Basketball Team for a short tour to Trinidad and Barbados.

In terms of Cuthbert's other sports accolades he also represented Dominica in football and cricket.

Edward "Red Bull" Francis: Red Bull shares the top level of the podium with four other sportsmen two of whom had the same combination of sporting disciplines.

As a basketballer Francis first played in the national league in 1983 with Saints in the Intermediate Division, and subsequently with Harks and later Cardinals in DABA's senior Division. He represented Dominica briefly in basketball in the mid-1980s.

Off the court, Red Bull was well known for his prowess in cricket and football while wearing national colours.

Kent "Cat Fur" Williams: Cat Fur is another national basketballer who also represented Dominica in two other sports. On the basketball scene, he played in the national league initially with "Wizards" in the senior division from 1984, and later with Cardinals from 1987 through 2004.

Kent represented Dominica in basketball for several years, playing in the Windward Islands, OECS and CARICOM Championships, as well as in several friendlies.

Donning his other caps, Cat Fur also represented Dominica and the Windwards in cricket, and Dominica in football.

Fletcher Leblanc: Fletcher, the son of Wilmoth LeBlanc who was also a national basketball player and coach, a goalkeeper and a cricketer in his youth, represented Dominica in three sports. He played basketball in the National League over a period spanning almost three decades.

Beginning with St. Mary's Academy in the Intermediate Division in 1983, Fletcher moved to Cardinals with whom he remained for several years. He also played with Cusport and Stormers and ended with No Look.

Quoting from Jump Ball article 'Fletcher LeBlanc in Sports and Fishing', Fletcher "proudly wore Dominica's colours on the Senior National Team for 15 years, from 1986 through 2000. During that time he represented Dominica in several editions of the OECS Basketball Championships, in the revived Windward Islands Tournament, at the CARICOM Basketball Championships in Trinidad and Barbados, and as a member of Cardinals in the OECS Champion-of-Champions Tournament."

The other sports in which Fletcher represented the Nature Isle were Track & Field at the CARIFTA Games, and football.