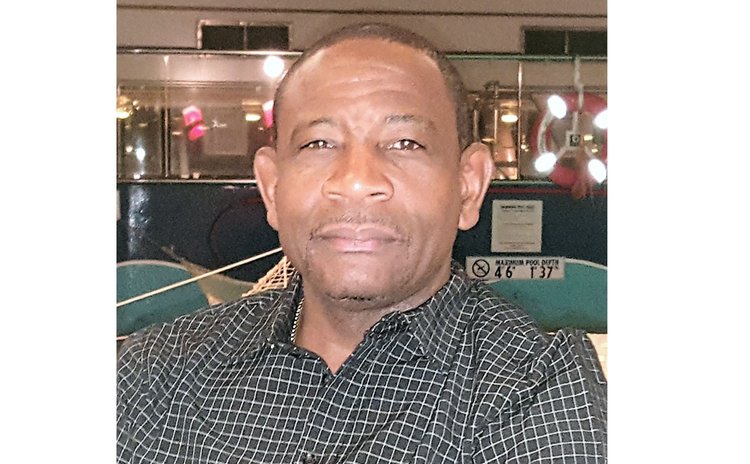 Irving Williams, one of 10 retired national basketballers who also represented Dominica in football

Irving "Tosh" Williams: Tosh first entered the national basketball league in 1974 playing in the Junior Division (equivalent of 'Intermediates') with Dominica Grammar School I. In 1977 he was roped by the legendary Cardinals/Cougars and remained with that record-setting team for several years until around 1993 before ending his basketball career playing with Pioneers in the 2nd level division, from 1995 to 1997.

Performing national duties in basketball, Tosh served on Dominica's National Basketball Team for about 12 years, from 1978 through 1990, playing in OECS and CARICOM Championships as well as in friendlies. He also captained the team from 1987 to 1990 and was part of Cardinals when they represented Dominica in the first OECS Club Championships.

Irving, the younger brother of Cuthbert Williams who was presented in Part I of this article also represented Dominica on the senior national football team.

Julius "Boss Boy" Cuffy: Boss Boy, who has gone to the Great Beyond, debuted in the senior division of the national basketball league with Rockers (1977-1978). Thereafter he was a regular high-scorer with Ball Wizards until that team vanished in 1986; he subsequently played with Killer Bees.

Playing on the natural grass turf, Cuffy represented Dominica on the National Under-19 Football Team in 1977.

Marcellus "Ti-Ling" Lee: Ti-Ling, who was featured in Jump Ball's 'Mercurial Marcellus Lee' in 2020, played with four teams in the national basketball league. He debuted in the 1970s even while still attending primary school, playing with Lakers in the Junior Division. He subsequently played with Dominica Grammar School (Juniors) later in the '70s, Ambassadors from 1980, and finally Eagles for the duration of their lifetime (1983-1987).

Ti-Ling first wore national colours in 1977 while still playing with DGS Juniors, when he was selected to a Dominica Representative Basketball Team which played Antigua Bulldogs (National Team) in Roseau.

Eight years later Marcellus played on Dominica's Senior National Basketball Team in 1985, then in 1986, representing Dominica in the OECS Basketball Championships in Antigua and Grenada respectively. Subsequently he captained Eagles' while they co-represented Dominica in the inaugural OECS Champion-of-Champion Clubs Basketball Tournament which was staged in Roseau (1987).

Out on the football field Ti-Ling represented Dominica on the National Under-19 team in 1979.

He debuted in Division III (3rd Level Division then) with Massacre Blazers in 1991. Having won the League championship that year the team stepped up to Division II the following year but registering simply as Blazers, and Lynch continued with them, often high- or top-scoring.

With the emergence in 1993 of Blazers in Division I (an amalgamation of Harks from the senior division and some players from Blazers Intermediates), Lynch became a founding member of Blazers Senior; Blazers also registered a team in Division II that year, for the last time.

Lynch would go on to play with Blazers in DABA's senior division for several seasons. In between, he left Blazers briefly to form and play with Faith from around 2005 in Division I then in Premier, subsequently returning to his Massacre team, Blazers. He was still swishing 3-pointers in 2017.

Lynch got selected to Dominica's Senior National Basketball Team in 1998 for the Windward Islands Basketball Tournament in St. Lucia.

Remarks: The 13 sportsmen presented above who represented Dominica in basketball and at least one other sport all carried Dominica's Flag high, assisting in instilling a sense of national pride among the citizenry, including the sporting fraternity.

Over the years those 13 national basketballers played on a total of 26 teams from DABA's three main divisions. Also, six of those players were members of Cardinals/Cougars, while three each played with St. Mary's Academy (Senior) and Wizards. One played with as many as five teams, and only one is still active in 2020.

Jump Ball wishes all retired national basketballers on Dominica all the best, and thanks those who contributed to this article.