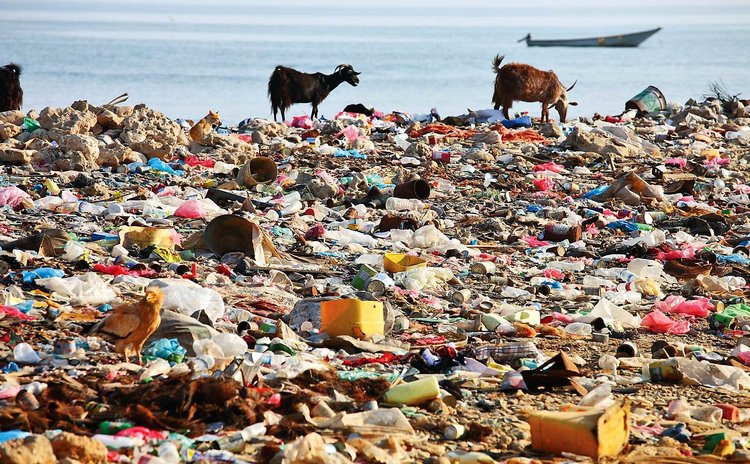 Resilience is the buzzword that permeated nearly every press conference and conversation on climate change in Dominica following Hurricane Maria.

Five days after the storm hit, Dominica's Prime Minister Roosevelt Skerrit addressed the United Nations, General Assembly. In his impassioned speech was a plea for funds to make Dominica into the world's first fully climate-resilient nation.

It required not replacing what was lost, but building for a future where climate change all but guarantees a storm of Maria's scale will strike again.

Dominica, with its small population, wanted to define what the term meant by setting the goal of becoming the first climate-resilient nation by 2030.

Striving to construct not only hurricane-proof buildings but also a country that would be completely resilient, Dominica took on an ambitious step and announced that by January 2019, the ban of all common plastic and Styrofoam single-use food containers.

In an announcement detailing the move, the government explained that the decision builds on an earlier initiative to restrict imports of non-biodegradable containers, an attempt to cut off their flow into the stores and restaurants that distribute them.

"Dominica prides itself as the 'Nature Isle,'" Skerrit said in a statement. "We must in every way deserve and reflect that designation. The issue of solid waste management affects that perception and we continue to grapple with it."

While other nations have taken steps to eliminate certain plastic items, chiefly plastic bags, Dominica saw its move as a step toward a larger goal. This pronouncement by Skerrit gained Dominica international fame particularly among environmental activists around the world.

However, two years later, since the ban should have taken effect, plastic straws, plastic plates, plastic forks, plastic knives, Styrofoam cups, and Styrofoam containers can still be seen littered around the Nature Island of the Caribbean as no ban has taken effect.

With little to no actions being done on the ban, an ocean conservancy, and environmental group is calling on the government to take immediate actions.

In a statement sent exclusively to the SUN, a recently formed group, Rid Ocean Pollution (ROP), announced that on the occasion of World Environmental Day -June 5th- it has launched its ban plastic campaign, which ROP says is choking the environment.

The activists warned that if nothing is done in the coming years there may be more plastic in water bodies than fish.

Speaking on the ineffective enforcement measure put in place for the ban of the non-environmentally friendly items, ROP says that there is a need for a mindset shift away from the single-use culture of plastics if efforts to reduce pollution are to yield results.

"We can only defeat the plastic monster together. It cannot be allowed to threaten all of our lives and our wildlife. If the government isn't taking action then we are as small as we are ready to ensure that this is done," their statement stated.

An online petition will soon be launched demanding that the government takes further action on this declared war against the plastic and Styrofoam ban, and prove that it was not just a matter of words.

Similar sentiments have also been echoed from Father Franklyn Cuffy, the Chairperson of the Waitukubuli Advocate for Viable Environment (WAVE) who says that the Government needs to take the ban more seriously.

"One of the concerns I have is that we have heard about it for so long and nothing has been done, and there is finance available. This money needs to be poured into our blue and green economy which it seems that we have difficulty in doing," he stated to the SUN on World Environmental Day.

To add insult to injury, since the pronouncement of the plastic ban, several supermarkets in and outside of the city have used the opportunity to place a cost that ranges from twenty-five to fifty cents on the customers for a plastic bag.

From the business standpoint, many of the vendors and restaurants, and business owners who spoke to the SUN say that while they welcome the government's move in the interest of protecting the environment from plastic pollution, the cost of biodegradable items will stifle their struggling businesses.