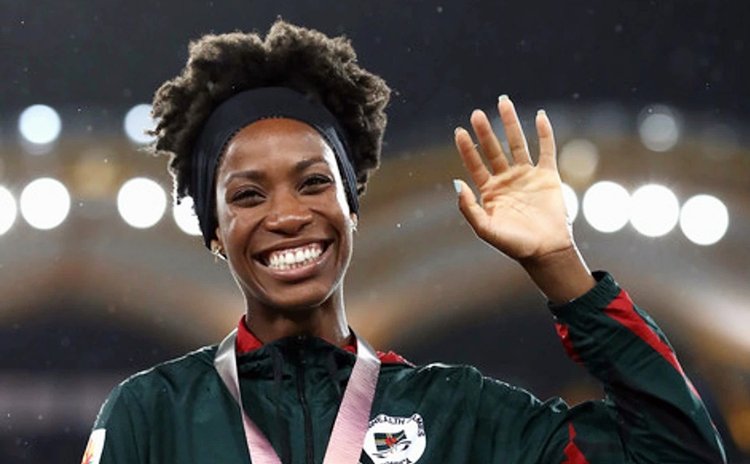 Dominica has hopped, stepped, and jumped out to the forefront of the push for participation in the 2020 edition of the Olympic Games, with the republic's top female triple jumper making the minimum standards for this year's showcase.

Turning 26 in April, Thea LaFond reset her Organisation of Eastern Caribbean States (OECS) women's record in February, clearing 14.33 metres at the 2020 University of Albany Winter Classic Competition in New York. That mark puts the 1.73m-tall University of Maryland graduate in pole position to return to the Olympics, having previously competed at Rio 2016.

For this iteration of the Summer Olympics in Tokyo (24 July to 9 August) the qualification system for athletics has been tweaked by global governing body, World Athletics. Qualification standards have been set, but there will also be a maximum field. In other words, no more than a certain number of athletes will be entered in each event, based on the world rankings at a particular cutoff date.

In any case, LaFond should be safe. Dominica's first and only Commonwealth Games medalist, with a 13.92m bronze in triple jump at Gold Coast 2018, LaFond is ranked 21st in the world at the time of writing. A total of 32 athletes will be entered for women's triple jump.

Having moved to the USA with her family as a child, LaFond only got into athletics because her family could no longer afford to pay for her dance classes. The younger LaFond starred in multiple events, and even multiple sports at John F. Kennedy High School in Silver Spring, Maryland. Her mother had earned her PhD whilst pregnant, a feat that earned her daughter's admiration.

In 2019, LaFond set the OECS outdoor record of 14.38m, before sustaining a season-ending injury. She is clearly getting back to her best early this season. Her 7 February mark at the Ocean Breeze Athletic Complex in New York City surpassed the Olympic standard by a centimetre. But LaFond, the first woman from the OECS to make the Tokyo 2020 standard, aims to improve further still.

Triple jump featured for Dominica at the country's first Olympic appearance, Atlanta 1996. But for the most part, participation has been in track events. In what will be the nation's seventh appearance at the Summer Olympics, LaFond will be aiming to better her disappointing 37th place from 2016. After all, she says her pre-qualifying performance "feels like this is just the beginning."