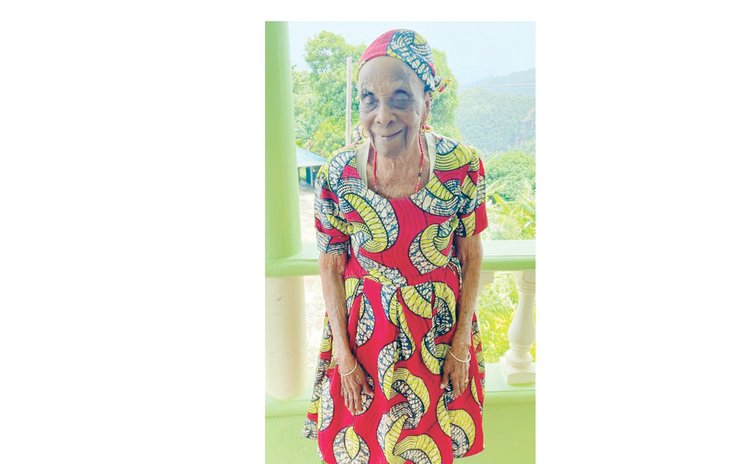 On Friday, August 20, 2021, centenarian Philomene Goodall joined a small number of the world's population when she reached the fruitful age of 106. But according to the island's gem, she achieved this milestone on January 4 and refuses to be told otherwise.

At the age of 91, "Ma Dor" as she is affectionately known, needed a copy of her birth certificate to travel to Cuba to undergo surgery in her eye and it was only then her family made the discovery that she's been celebrating her date of birth seven months before it actually happened.

"To her, celebrating it in a different month just feels wrong; therefore, whenever her actual birthday comes around she never acknowledges anyone who wishes her happy birthday," her niece Verdan Antoine told the SUN.

Ma Dor was born many years before the invention of the computer, the cell phone, vehicles, and television so her story is not unusual for many who grew up without the modern-day technology which many of us have the luxury of enjoying.

Raised with her both parents who are said to have not received any form of education, the second born of three daughters was born in the rural village of St. Joseph in 1915.

Unbeknownst to her, a summer vacation with a friend in Delices would lead her to her future husband, who, she says, was "the love of her life."

Soon after the teenager would move to Delices and work hand in hand with her lover as a farmer, eventually earning enough money to purchase a piece of land from the village priest at the time to build their dream home.

However, as age began to creep up on them, toiling their land daily became too much of a heavy task and with no children of their own, the lovebirds turned to Ma Dor's niece to request the assistance of one of her children to become their full-time caretaker.

Later that year the centenarian would also have to travel abroad to check on her eye which led the family to the discovery of her date of birth.

"She has never had a social security card or a passport. So documents had to be formed for her in order for her to be able to travel to Cuba. And in search of her birth certificate and baptismal certificate, that's when we found her and her siblings' true birth dates," her niece also told the SUN.

Upon her return from Cuba, she spent a year with her family in Egleston, and once back on her feet she moved back to her home in Delices.

Unfortunately, in 2017, disaster struck and Hurricane Maria completely damaged the home which Ma Dor and her husband had built; something which Hurricane David in 1979 did not do.

A few months later, she went back to Egleston and has lived there ever since.

The 106-year-old whom the members of her family say has a memory like a computer now spends most of her days reminiscing and telling tales of the "good ole days."

Besides being blind in one eye, she suffers from no other illness. A firm believer that you should eat what you grow, Ma Dor attributes this as the reason for her longevity.