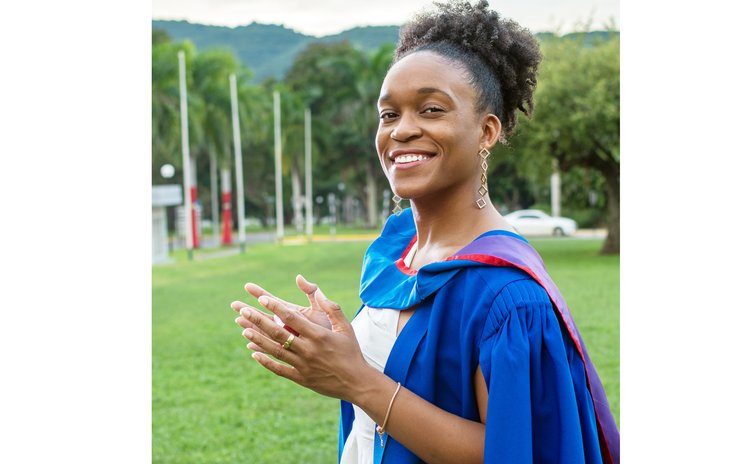 When her parents asked Nakisa for her subject selection form to assist her in choosing her subjects at the cusp of entering the fourth form at the Convent High School, the little third-former looked at them incredulously, and startled them by responding that she had already completed the form and had submitted it to the relevant teacher. So, they quizzed her further: "What subjects did you select?" She promptly replied: "The sciences and Literature". The foregoing accurately sums up the determination, resolution and independent spirit of Nakisa T. F. O. Severin even at a very tender age. She knew exactly what profession she wanted to pursue in life and she also grasped that an education in the Natural Sciences should not necessarily preclude an excellent Liberal Arts and Humanities background. She loved Chemistry, Biology and Physics but she had an equal passion for Literature and the richness of the logic, analysis, argument and language that it entailed.

On November 3, 2022, while her country of birth, the Commonwealth of Dominica, was celebrating its 44th Independence Anniversary, Nakisa was celebrating a major step in her own independence trajectory, that is, her graduation from The University of the West Indies Mona Campus with the degree of Bachelor of Medicine, Bachelor of Surgery (MBBS) from the Faculty of Medical Sciences. In so doing, she fulfilled a childhood dream which she worked towards without flinching.

Dr. Nakisa T. F. O. Severin attended the Montessori Pre School in September 2000 prior to her enrollment at the Convent Preparatory School from 2001 – 2009, then proceeded to the Convent High School (2009 - 2014) on a Government Scholarship where she took nine CXC-CSEC subjects, excelling in all, despite the fact, which she remembers well, she did the majority of these examinations while battling a nasty chikungunya virus attack. In her tender mind, she perceived that hurdles and barriers are an inescapable part of life so one must simply prevail over such obstacles. And this is exactly what she did.

Dr. Severin, although pursuing the natural sciences at high school, never felt that science was so exact that there was no need to question the "facts". She welcomed discussions and was never satisfied with simply "accepting" what the teacher said; in fact, she was frustrated at times by the need to simply recite the textbook content. Her love for literature and reading generally made her yearn for more than simply the teacher teaches and the student absorbs. She pursued her college education (2014-2016) at the Rothesay Netherwood School (RNS), an Atlantic Canadian, independent day and boarding school which prepares students for university education, located in Rothesay, suburban Saint John, New Brunswick, Canada. There she read for the International Baccalaureate (IB) Diploma, pursuing Chemistry, Biology, Mathematics and English Literature at the Higher Level. She also studied Geography and French, and participated in a number of co-curricular activities, including rendering voluntary services at Rothesay Elementary School (RES) (Big Brothers/Big Sisters) in Saint John as well as teaching at the same school. She embraced the constructivist approach to learning at the RNS which allowed her to express her views, think through problems and emerge with suggestions via respectful and well-informed exchanges. All of this, plus her parent's encouragement of reading to ascertain facts for herself; conversation; using the dictionary and thesaurus; and open-mindedness, prepared her as a critical and independent thinker and a self-directed learner.

A mind-opener for her was the opportunity to represent the RNS in Europe in the Education First (EF) National Student Tour – Victory in Europe 70th Anniversary. On that tour in 2015, she visited, along with her fellow classmate representatives, Vimy (where she stopped at, inter alia, the Canadian National Vimy Memorial); Paris (France); Germany and Amsterdam, Netherlands. In Amsterdam, she paid a visit to Prinsengracht 263, the house where Anne Frank (the Jewish little girl who wrote a diary documenting life while hiding from Nazi persecution) lived. In 2016, she represented RNS in the Annual American Council for International Studies (ACIS) Badminton Tournament in Halifax.

She was grateful for the opportunity, while studying at The UWI Mona, to engage as an Observership Student at the Princess Margaret Hospital and the Roseau Primary Health Care Unit, rotating through the Departments of Obstetrics and Gynecology, Radiology, Anaesthetics, ICU, Hyperbaric Medicine and Infection Control. Her experience of daily activities including attendance at the operating theatre also contributed to her passion for clinical work. She extends her thanks to Ms. Francine Baron for facilitating the observation assignment at the Roseau Primary Health Care Centre. She also expresses her gratitude to Dr. Curvin J. Ferreira (who is also proud of having delivered her), Dr Irving Pascal, Dr. Spencer St. Luce, Dr. Adrien Dechausay and Dr. Ruby Blanc for their mentorship which was fundamental to her professional formation. She treasures her experience with Dr Laura Esprit during her Summer Internship in Dominica in 2018. She appreciates the constant prayers by Monsignor Eustace Thomas, Mrs. Gloria Tavernier and her Aunt Sr. Lucy Alexander, during her journey.

As a Medical Intern at The University Hospital of the West Indies (The UHWI), Kingston, Jamaica, Dr. Severin's days and nights are full and she really treasures the experience of not only healing patients but also witnessing tangible progress as they move closer to a state of health and wellness. For Dr. Severin, the relief on the faces of her patients as well as their families, makes the strenuous days worthwhile. She has absolutely no doubt that her grounding at one of the world's top universities in the world, The University of the West Indies, has prepared her for her medical trajectory and the road ahead. She thanks her Deans of the Faculty of Medicine Dr. Tomlin Paul and Professor Minerva Thame and all her lecturers who made her journey through the Mona Campus a hugely fulfilling academic experience.

Dr. Nakisa T.F.O. Severin is the daughter of Dr. Francis O. Severin, Pro Vice-Chancellor and Principal, The UWI Open Campus, and Mrs. Gina Severin, Country Manager, Republic Bank (EC) Limited in Dominica. About her parents, Dr. Severin says, "The most important lesson that my parents taught me was the importance of a work-life balance. Seeing my mommy toil for long hours while still being able to take care of her family (including her mother, extended family and friends) has been inspirational to me. She is amazing, to put it simply. Even when my daddy had spent a few years in Jamaica, his presence was constantly felt. It is important for a young lady to know what it is like to experience that unbounded presence and security from her loving father. I worked hard to not only excel in my career but to also be a wholesome individual, like them. Life is more than a title. It is about who you choose to become (in mind, body and spirit). So then, I chose to become a whole human being and to treat my patients as such."

Dr. Severin also praises her grandmother, Mrs. Aldith Williams, for instilling in her strength, a down-to-earth and straightforward approach. Even though it was a brief experience, her paternal grandmother (Mrs. Jean Severin) taught her how to be graceful yet have a strong female presence. Dr. Severin is confident that her grandmother Jean would have been so proud of her accomplishment.