Dominica's post-Maria national budget must be based on reality 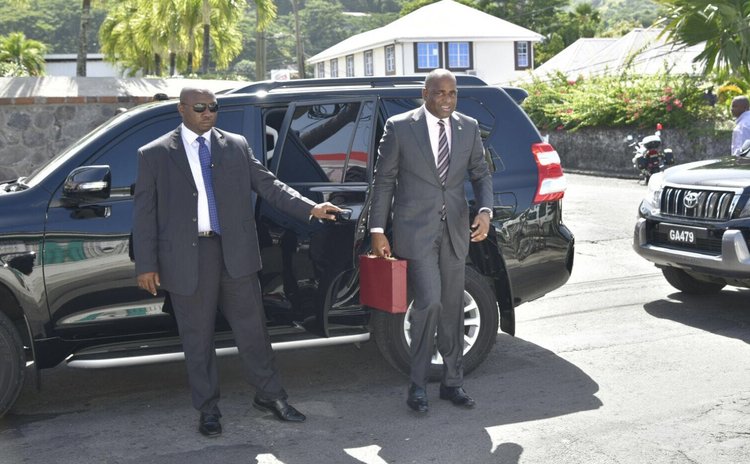 If this would not sound a little too clichéd, we would be tempted to say that the national budget that Prime Minister Roosevelt Skerrit is scheduled to present to the nation on 25 July 2018 is the most important in the 14 years and six months that he has been prime minister of Dominica.

We are reminded that we said the same thing in 2016, after Dominica was nearly washed away by Tropical Storm Erika in 2015, but the budget that the minister of finance presented then was very similar to the other 13 that he, Mr. Skerrit, had presented to the nation. There were no big, bold moves; the government had just planned to do the same thing and expected better results.

Therefore, this 2018 budget, the first after Hurricane Maria inflicted a billion dollar blow in 2017 to the already sickly economy, must be different; it, by necessity, must focus on plans and programmes to help the struggling country get out of the deep hole that Maria threw the country into.

But we wonder whether government, in this new budget, will continue to repeat the fiction that Dominica is now back to normal after the devastation inflicted by Maria. That's the information that the government, and the service providers a lesser extent, have been feeding to Dominicans for months now. And it seems the stories are still being repeated everywhere: Last week, for example, at the official opening of the Chinese York Valley bridge we heard the same statements again from the podium. But how can Dominica be back to "normal" when thousands of houses are still roofless; when hundreds of people are without electricity and internet services; when the majority of roads and bridges are extremely dangerous for motorists; when thousands of able-bodied men and women have migrated; when small and micro businesses are still struggling to wake up from Maria's nightmare; when the productive sectors-agriculture, tourism and manufacturing-are still struggling to get going again. No Sir, things are not yet normal, not by a long shot.

So we hope the government presents a budget that takes into account the reality of post-Maria Dominica and do not base its plans on the fake reality that has been espoused by many officials. As any reputable doctor will tell his patient, if his diagnosis is false the medicine that he prescribes will be wrong and the sick may die.

Now that the prime minister and his cabinet have had some time to think after Hurricane Maria we expect Prime Minister Skerrit to announce during the presentation of the budget not only that he is reinstating the programmes that he cancelled in 2017 but also, we hope, that he will reveal a plan to move Dominica from the current crisis to recovery.

We have noted that since that storm our government has not offered the nation a comprehensive plan or strategy to repair the damage that Maria caused, not only to roads and bridges, but also to the economy.

Yes, we have heard of the signing of contracts to repair roads and build homes but there has been no indication from the government of budget allocations, the setting of priorities and time-lines for getting the productive aspects of the economy moving again.

In fact Dominicans do not know the level of aid, in the form of grants and loans that their country has received from friendly nations and institutions after Maria. If Prime Minister Skerrit knows these figures we hope that he provides them when he presents the country's budget next week.

But most importantly, we hope the Prime Minister tells the nation unequivocally that "things are very bad". And then he should show us how we are going to fix it together; all of us-red, blue, yellow and green.

But no longer should we deny the depth of the country's economic crisis. We believe that Prime Minister Skerrit must begin to aggressively address the state of the economy and suggest specific, measurable, short and medium term goals for the public sector. That plan must include some major cost-cutting measures that the public will have to endure if we are to turn the economy around. But the government must lead by example.