Dominica's World Creole Music Festival: Has it lost its focus? 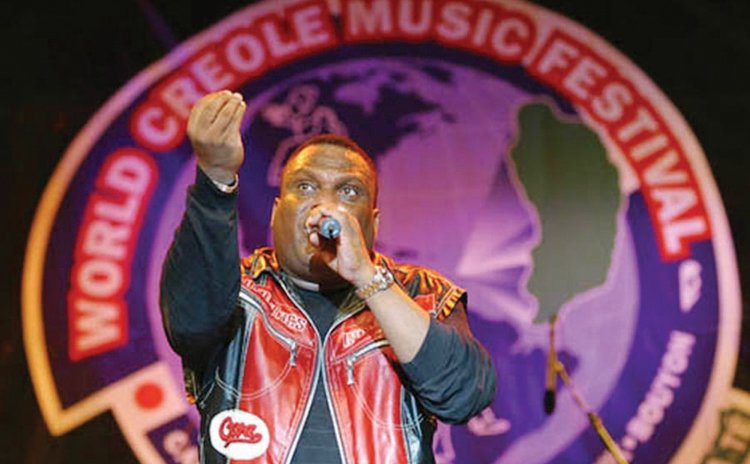 When the wheels of the World Creole Music Festival (WCMF) begin to turn every year, there are always rumblings of discontent about the length of the show, how much local performers are paid and whether the event is Creole in the local context of the word.

Cadence-lypso icon Ophelia Marie thinks local artistes are at a disadvantage because they are often scheduled to perform very late at night when the crowd has thinned out.

She recalled one festival when renowned local artiste the late Jeff Joseph, then a senior citizen, was slotted to perform at 3:00 a.m.

She also noted that international Reggae stars tend to dominate the WCMF's annual lineup of artistes, which to her is making the festival lose its Creole flavor. "Why should it be like that? What happened to the local artistes? We are highlighting a lot of Reggae on the festival. What happened to our Reggae cowboys who are Dominicans? What happened to Amos Moses [and Nasio Fontaine]?"

She also questioned why the three bands highlighted on the WCMF's promotional flyer for 2016 are all Reggae bands.

Marie does not support the contention that WCMF organisers should apply a broad interpretation of Creole culture and include all its offshoots and musical genres.

"For you to extend the meaning of Creole to be the mix and blend between cultures is not appropriate in this case. Our Creole is Franco-Creole…and we know it… we have lost our way, I think…"she said.

Ophelia also maintained that visitors who attend the lengthy shows do not have enough time to enjoy Dominica fully and spend their money elsewhere on other things. Dominican songstress Michele Henderson noted that the festival is still being refined.

"I think it has improved over the years … I think the organisation of the festival will improve with time. . . as they are doing it, they will get more and more familiar with what is required of them as [an organizing committee]," she said. As she sees it, organizers will get accustomed to the idea that "artistes are artistes" and they will reach a point where "there is a standard treatment of artistes".

However, she added, "I think our artistes need to start presenting themselves in a more professional manner. There is a certain level of respect for your work that you need to have, that mandates that you present yourself that way.

"Some of us don't rise to that level, but we…expect that certain level of treatment," she said.

Ms Henderson does not have a problem with WCMF accepting a wide interpretation of Creole culture, but thinks that the festival headliners should be French Creole artistes.

One of the WCMF's pioneers, celebrated Dominican musician Gordon Henderson pointed out that his image from Exile One's album 'Face Au Public' was chosen as the event's logo primarily to highlight Franco-Creole music.

He said the original intention of the WCMF was to acknowledge other Creole music expressions but with the performers invited as guest artistes and not headliners. Henderson, who was the International Coordinator of the Festival for three years, said efforts were made in the first years to ensure wide representation from Franco-Creole nations.

Another objective was to include artistes who topped the Creole hit parades in terms of record sales and concert attendance.

As such, he thinks the WCMF has departed from its roots and lost the Creole flavor that made it original. "I have nothing against inviting artistes of other 'non-Kweyol' genres to the festival, particularly if they can attract "visitors" to our shores.

"These artistes, however, should not be billed as headliners, but as special red carpet guests…" Henderson contended.

Furthermore, he believes the WCMF lost its focus when organizers started to think of entertaining locals rather than visitors.

"For example, when a survey was made to select a lineup, it was done in Dominica and not in Martinique or Guadeloupe where the statistics prove to be the largest [audience] input," he said.

Asked about the treatment of local artistes, Henderson said there has been some progress in this area.

"There is, however, a misconception that all local artistes must perform every year or because they have a good track record. I am a local artiste and it is not fair for me to be invited every year. This is also valid for all other local artistes.

"The festival is not an opportunity for local artistes to demand fees higher than they command elsewhere. Local artistes must build their portfolios first before expecting big fees from the festival just because foreign "bankable" artistes may be very well paid."

He believes that the WCMF must be depoliticized if it is to reach its ultimate potential.

"…The festival should build closer cooperation with countries like Martinique, Guadeloupe and Haiti so as to build exchanges with their artistes and ours...

"We need our local artistes invited to their festivals. There is no reciprocity..." Henderson declared.