DOMLEC asks for patience and understanding 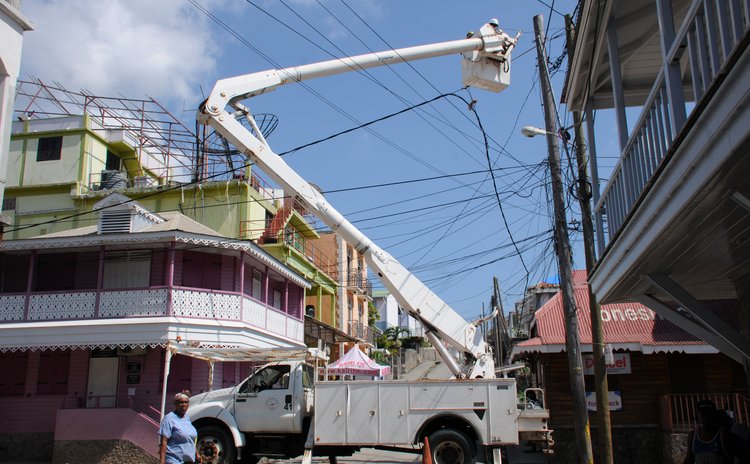 Struggling under the heavy weight of the uphill task of repairing an electricity generation and distribution system severely damaged by category-five Hurricane Maria on September 17, 2017, DOMLEC has asked Dominicans to trust the company and to be a little more patient.

"Remember what you saw when you woke up on the morning after Maria," said DOMLEC chief executive officer Bertilia McKenzie at a government of Dominica organised press briefing on Wednesday.

"The task is arduous but it will be done," she said.

Saying that the job of repairing Dominica's electricity system is more like a marathon than a sprint, DOMLEC officials say that by April 2018 all customers "will have access to the grid."

McKenzie said many countries have been helping DOMLEC in its task of erecting electricity poles and running new lines. She mentioned Barbados, Grand Bahamas, St. Lucia, St. Vincent and Jamaica. The latter crew of technicians have since departed. But DOMLEC expects additional help from the Turks and Caicos Islands and the Bahamas next week.

Providing an update on the on-going task of reconnecting homes and businesses McKenzie said DOMLEC had reconnected 1666 consumers and 535 connections are pending; Roseau Central is 99.9 connected; 10% in Canefield; 50% of Lower Goodwill; 10% of Fond Cole; Portsmouth (now 80 %) will be fully connected in the next two weeks.

On 10th November the government information service announced that DOMLEC had connected 1331 customers (or 3.6%). The new figure that McKenzie reported on 15th November is 4.67% of 35,606 customers.