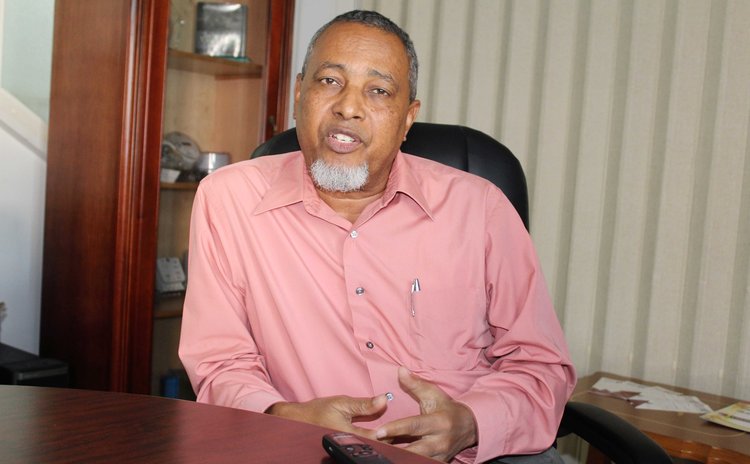 Glenn Khan, the Executive Director of the Independent Regulatory Commission (IRC) says that while he understands the challenges that the Dominica Electricity Services (DOMLEC) faces in restoring electricity to Dominicans after Hurricane Maria, IRC is still "not satisfied" with the pace of progress.

"We are not satisfied with the pace of DOMLEC as it relates to electrifying the country. We have met with them at least ten times since the passage of Hurricane Maria. We have been asking them to give us weekly updates on how many people they have reconnected and what challenges they are facing," Khan told the SUN in an exclusive interview. "However, we are still not satisfied that things are happening quickly enough. We understand the challenges that they have which causes the delays but that is no excuse and we are still not satisfied at all."

Khan, who took up the job at the IRC two years ago, and is now preparing to say goodbye, says that his greatest challenge has been the matter before the court because IRC cannot do an analysis because that matter is before the court.

"When I took up the post we had a court battle with DOMLEC and during 2017 there was some progress in that we had to submit some documents to the court and we had even gotten a court date in November 2017," he said. "However, because of the passage of Hurricane Maria in September 2017 and the destruction caused to the country, we no longer have a date. So this court battle between the Independent Regulatory Commission and DOMLEC is still yet to be resolved. It must also be noted that the assets which DOMLEC had on its book before the passage of the hurricane are not going to be the same assets after the passage of the hurricane. The Weighted Average Cost of Capital (WAAC) has to be recalculated so that will be a major issue. The matter at the court could be dispensed with if some arrangement is to be made between the two parties. Now this can only be done when the reconstruction effort is finalized and an audit of the assets of DOMLEC is done".

Responding to a question about high electricity rates, Khan said: "It must be understood that the cost of electricity cannot change (that is the tariff) unless the IRC does something and makes this legal…we have done that. The electricity rates will increase because the fuel surcharge is being distributed among less people but as more people get connected it will go down. I understand why customers would be concerned; I empathised with them but there is really nothing the IRC would do to reduce the bills. This is not only a Dominica situation, it happened also in Jamaica."

Khan said the IRC has been playing its part but the issue of self generating will have an impact on the revenue of DOMLEC.

"When you have generators, it means that you are self generating your own electricity and if you come off the grid it means that DOMEC will have to provide less electricity; that is impacting the system. So we need to know how many people who are self generating…we have been asking people to come and register so that we could know that but they have not been forthcoming so that is really a challenge that we have that we wish we would overcome," he said.

Khan leaves Dominica at the end of April 2018 after two years as the IRC's Executive Director; he heads back to his native Trinidad & Tobago.