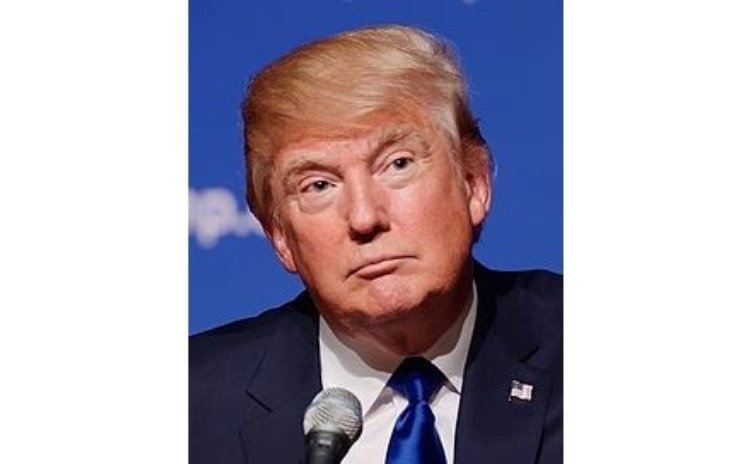 For anyone following the US Presidential campaigns, it has been a volatile voyage with great uncertainty about whether Donald Trump or Hillary Clinton will eventually emerge triumphant.

We still aren't into the season of direct debates between the two and the unleashing of their denigration of each other, although throughout the primaries we had a good sense of just how nasty it will become, mostly from Trump who has verbally assaulted just about everybody except himself and his family.

But this week the tide began to surge away from Donald Trump. The Republican Party Convention was a spectacle of division, pettiness, racism and lynch-mobbing when it wasn't Trump trotting out his tiresome one-liners. Meanwhile, the Democratic Party Convention was sizzling with ideas; vibrant with new directions (fashioned by Bernie Sanders and now integral to the Party's platform); and energised by powerful argument, analysis and values spoken with conviction and magnetism by Sanders, Bill Clinton and Barack Obama.

No one listening to Trump declaring himself 'the greatest'; claiming that he knows just about everything better than everyone else; and that he will fix everything that he alleges is wrong with America, can help to wonder, as Bernie Sanders did, whether he is running 'to be President of the United States or to be a dictator'. There is no doubt, given the personalities he admires, such as Saddam Hussein and Kim Jong-un, that the dictator style appeals to him. It also seems to come very easy to him to attach demeaning terms to his opponents. Thus, 'little Marco' (Rubio); 'lying Ted' (Cruz) and 'corrupt Hillary' (Clinton).

For some time, there seemed to be a reluctance to call him out by his political opponents, especially those he beat for the Republican Party nomination. The one exception to that general pattern has been President Barack Obama, who, even before he took to the hustings in support of Hillary Clinton, had been unhesitant – even determined – to expose Trump as an ill-informed braggart who posed a real danger to the ethos of the American nation.

Here's the passage from Obama's speech at the Democratic Party Convention that pigeon-holes Trump and lays him intellectually and morally bare: "America is already great. America is already strong. And I promise you, our strength, our greatness does not depend on Donald Trump. In fact, it doesn't depend on any one person. And that, in the end, may be the biggest difference in this election, the meaning of our democracy. Ronald Reagan called America "a shining city on a hill." Donald Trump calls it "a divided crime scene" that only he can fix. It doesn't matter to him that illegal immigration and the crime rate are as low as they've been in decades, because he's not actually offering any real solutions to those issues. He's just offering slogans, and he's offering fear. He's betting that if he scares enough people, he might score just enough votes to win this election. And that's another bet that Donald Trump will lose. And the reason he'll lose it is because he's selling the American people short. We are not a fragile people, we're not a frightful people. Our power doesn't come from some self-declared saviour promising that he alone can restore order as long as we do things his way. We don't look to be ruled".

And those remarks came from a man who had all the gravitas and all the commanding authority of a respected and admired leader.

Amazingly, Trump's rookie son, Donald Trump Jr, who is nothing in the campaign but part of his father's background scenery, actually claimed that Barack Obama – arguably one of the best orators in the world – plagiarized his speech at the Republican Party Convention. And what was the alleged plagiarization? - one line used several times by Obama, since as early as 2010 - "That is not the America I know". The truth is that Trump Jr's speech-writers simply lifted the line from previous Obama speeches; pity they didn't tell him. But, then again, they also did not appear to have told him that a part of his speech, on education reform, was taken wholesale from an article written by F.H. Buckley, a professor at George Mason Law School, in the May edition of 'The American Conservative' magazine.

The entire tasteless episode was rightly ridiculed by every pundit, columnist and political figure except the paid acolytes at the Trump Altar. It was seen for what it was: a trumped-up and foolish tit-for-tat attempt to whitewash Melania Trump's plagiarizing and wooden presentation of passages from a dynamic speech made by Michelle Obama at the Democratic Party Convention in 2008. She deserves some sympathy. In all this, she is apparently a reluctant participant, made to perform by a man that can most charitably be described as heavy-handed.

It is on Trump himself that focus should be placed, as Barack Obama has done, clearly driven by the deep concerns for America in the hands of a novice whose self-importance could imperil the nation and the world. As Obama said: "We are in serious times and this is a really serious job. This is not entertainment. This is not a reality show".

And, if anyone needed cause to join President Obama's concerns, instant motivation should come from Tony Schwartz, the man who ghost-wrote the book that Trump so often conjures as a testament to his ability as a deal-maker – "The Art of the Deal". In an interview in the magazine, 'The New Yorker', Schwartz says: "I put lipstick on a pig. I feel a deep sense of remorse that I contributed to presenting Trump in a way that brought him wider attention and made him more appealing than he is. I genuinely believe that if Trump wins and gets the nuclear codes there is an excellent possibility it will lead to the end of civilization." He added that if he were writing the book today it would be called, "The Sociopath".

To be certain, I looked up the dictionary definition of 'Sociopath' – "a person with a psychopathic personality whose behaviour is anti social, often criminal, and who lacks a sense of moral responsibility or social conscience".

And here's the kicker. Schwartz said that in ghost-writing the book, he wrote the following assertion for Trump: "I play to people's fantasies. People want to believe that something is the biggest and the greatest and the most spectacular. I call it truthful hyperbole. It's an innocent form of exaggeration—and it's a very effective form of promotion." Schwartz now regrets inventing the term, 'truthful hyperbole', which, he says, is a contradiction in terms. He admitted that it's a way of saying: 'It's a lie, but who cares?' But, according to him, Trump, loved the phrase. And, so it is.

(Sir Ronald Sanders is Antigua and Barbuda's Ambassador to the United States and the OAS. He is also a senior fellow at the Institute of Commonwealth Studies, University of London and Massey College in the University of Toronto. The views expressed are his own)