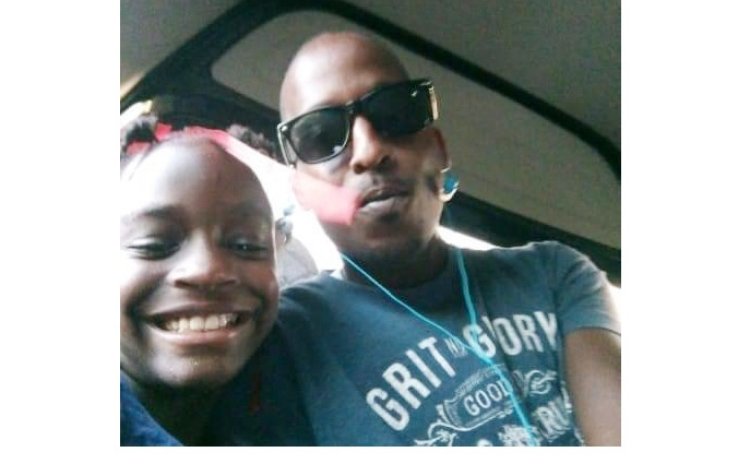 Curtis Etienne and his daughter Kenisha

Curtis Etienne, the father of 13-year-old Kernisha Etienne promises that his search for answers on the whereabouts of his missing daughter will not end until she is found or on the day that he takes his last breath.

"Maybe I might stop physically but I will not stop praying, I will not stop meditating and taking it to a higher realm which is only through God," Etienne said during an emotional interview with the Sun on the four-month anniversary of his daughter's disappearance.

In the days which followed June 7, 2022, the quiet village of Warner had been overrun by drones, canine units and hordes of on-foot volunteers, all scouring that Western community in a desperate effort to find the Warner Primary School student who had been abducted from the home of her adopted parents on that evening in early June.

Giving a recount of his emotions over the past four months, Etienne told the Sun he's been living in constant torture, and the only thing he believes which can end his pain is knowing where his daughter is.

"When I am home by myself it is not a nice feeling. Most times, I by myself, the thought of my child, does really lash me. All the good times keep replaying over and over and it does get me real emotional," he said through tears.

The grieving father who maintains that Kernisha is still alive asserted that this is the second time the system has failed him when it comes to his daughter, the first being when she was taken from his care over a fabricated sexual assault matter, against her in 2012, which he fully denied.

"It's been an uphill battle for me when it comes to my daughter. First, they took her away over a lie and gave her to someone else when her mother disappeared and now this. It is a rough road but I am not giving up," Etienne maintains.

Etienne has also raised concern over the silence from Kernisha's adopted parents, in whose care his daughter was in at the time of her disappearance.

"I always believe the God I serve will make something happen for the truth to come out, for the reality of the story to come out," he said.

The concerned parent is calling on the authorities who he alleges have failed to keep him abreast with the investigation to "prove themselves to the world."

"This incident is still fresh in the minds of many people and they are looking on to see what's happening," he said. "Even children growing up now have a fear in them, that if it happens to them, who is going to help them? So, I am calling on the authority who is dealing with that case of my daughter to do all you best, and prove all you self. If you all don't have the elements or the resources try to get help out there. It will also be a learning process for them."

To the general public, he urges everyone to continue praying for his daughter and to be patient, as he believes in due time, "the truth will be exposed."

Etienne is also sending out a strong appeal to everyone to not forget about his daughter and to keep her name alive as much as possible.

No stone to be left unturned

Late July, Minister for National Security and Home Affairs Rayburn Blackmore pledged the commitment of the Government of Dominica as well as the Commonwealth of Dominica Police Force (CDPF) to leave "no stone unturned" in finding the missing teen.

Speaking during a press conference the minister stressed that the government and the police will not rest until some element of closure is brought to this matter.

In the early days of the investigation, attention was also placed on the death of her alleged abductor, Keyan Alexander, a resident of Belles, who was shot by the police on June 18, 2022, day 11 of their search for him and the missing child.