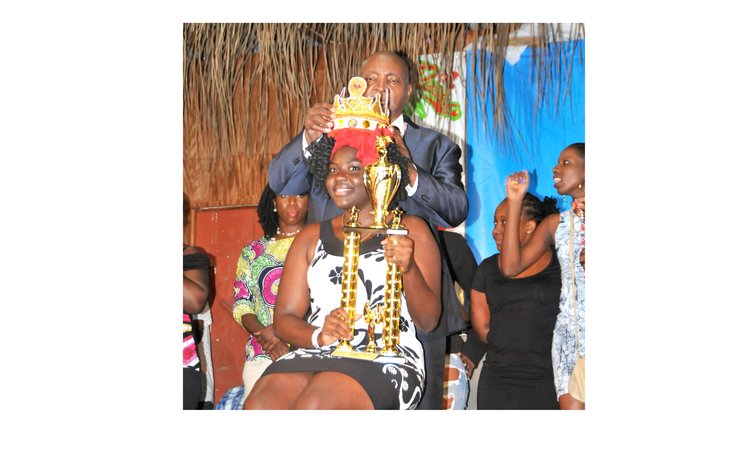 Janae "Janae" Jackson is the winner of the first ever Queen of Calypso Competition.

The competition was held at the Harlem Plaza, Newtown on January 29.

The competition had two rounds; the nine contestants were required to sing one original song or had the option of singing a song from any female calypsonian in the past.

In the first round Janae sang her newly released "Gratitude"; in the second round she sang her hit song "My Love, My Country".

"I feel good I feel elated mixed emotions it feels nice to be around such great people and then emerge the winner," she told reporters.

Janae noted that being crowned by the Mighty Sparrow is a once in a lifetime opportunity.

"I am really happy that I chose this year to take part in everything and get that moment. Really and truly we as calypsonians look forward to hugging Sparrow, being next to Sparrow; he is the King of Calypso," she said.

In addition, she stated by performing in this competition it gave her a "boost" and as to what to expect at the finals.

"I got to perform my second song "Gratitude" for the first time and I saw that people liked it and pondered on the words, so I kind of know what to expect for the Finals towards the response of "gratitude"," said Janae.

First runner up Charis "Charis D" Daniel said: "I feel great. To be honest I don't really have much words to say how I feel but I feel good, I wasn't the winner but I was very close."

Second runner up was Rhea "Sting Ray" Lloyd who sang "Suffer in Silence" and "Lifeline".

Janae was crowned by the King of Calypso "The Mighty Sparrow".

Sparrow also performed at the show in what many believe may be his final performance in Dominica.

Earlier, at the Fort Young Hotel, Sparrow, the world's top calypsonian was inducted to the Dominica Kaiso Hall of Fame.