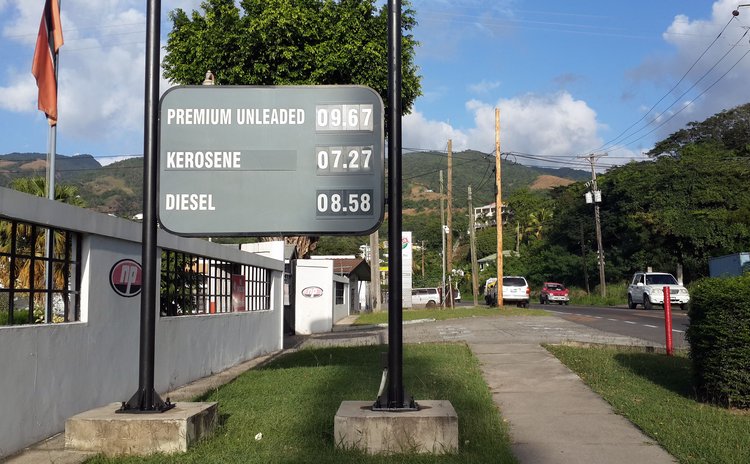 Prices of petrol, diesel and kerosene dropped again this week, making prices in February 2016 the lowest over the past 13 months.

As we have reported, the prices of petroleum products have been rising and falling in Dominica throughout 2015 and that trend continues in 2016.

As the Economist magazine reported recently "the world is drowning in oil" and so over the past 18 months prices of crude have dropped by 75% from US$110 per barrel to below US$27. But all is not well with the world economy with cheap oil. Oil dependent economies like Venezuela and Trinidad and Tobago, especially Venezuela, cheap oil can bring political instability.