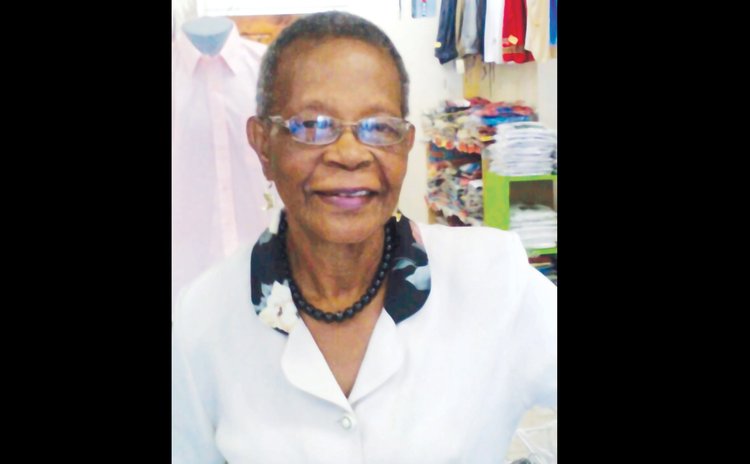 Annette St Hilaire is a tough, frank and outspoken woman who is no stranger to hard work, business and politics.

She has chalked up a first as Roseau's first female Mayor at the age of 30. Annette had successfully contested the Roseau Town Council election on a Dominica Freedom Party (DFP) ticket with four others and obtained the position after the Mayor had migrated.

She was also one of the pioneers in the boutique business in Roseau.

And she was a staunch supporter of the late Dame Eugenia Charles, Dominica's first female Prime Minister.

Above the hustle and bustle of Roseau one Friday morning in her humble Old Street office, Annette took a walk down memory lane, relating how her life unfolded and her thoughts about Dame Eugenia Charles.

She recalled being close to Dame Eugenia who she described unhesitatingly as a great, inspiring woman of integrity.

She recalled Dame Eugenia put her personal funds towards a national scholarship programme and largely allowed those managing the programme to decide who the beneficiaries were.

"A person must be truly patriotic to do what Eugenia did for Dominica," she said.

As Annette looks back, she recalls the DFP in its heyday, a vibrant, powerful party. But, in her opinion, key members of DFP, who should still be in the party to keep it going, decided to leave and go after money, putting their own selfish interests above those of their party and their country.

She believes that back in the days when she was politically active, the average person was far more analytical about politics. In her opinion, the political landscape has changed and has become about 'survival of the fittest'. Annette thinks politicians need to show humility and accept when they have made mistakes.

She thinks that some members of the public are too gullible when it comes to politics. People were more thoughtful in bygone years, she contends, adding that today it is all about money.

It is clear from the things she says that Annette's life is one sculpted by hard work, determination and persistence. She was the sort of person who knew how to make use of the little she had to get what she wanted. And she credits and praises God for her success.

Folks old enough would remember Annette selling snacks at the roadside in Newtown as she struggled to make ends meet.

Little did her customers know that this humble food vending business would be the foundation of her hotel and boutique enterprises-- the launching pad from which she would buy all her properties.

Annette said she did not have the opportunity to attend high school and she was not fortunate enough to get one of the three scholarships granted back then.

Her mom, a simple domestic worker, could not afford to pay her tuition to attend Convent High School and her dad (who lived in Grenada) wanted her to go to Wesley High instead. Annette said she told him that the Catholic School was where she wanted to go. But her dad declined to pay for her tuition.

Back then, a student did not have to leave primary school after writing the Common Entrance exam and young Annette decided to remain at the Convent Primary School (today St Martin's Primary) for a while.

Eventually, when the Astaphan family business was recruiting employees, a teacher, Agatha Delauney, recommended her for a job at one of their grocery stores which was then located where Garraway Enterprises is now. Annette said she worked as a cashier for four dollars a week. This was later adjusted to six dollars a week when she requested an increase and she was transferred to the wholesale section.

Annette later left the Astaphans and returned to Convent Primary School, this time as a teacher, a profession she remained in for three years until she got married.

This meant that her life took a turn. Being a wife and eventually a mother brought responsibilities-- and even grief-- intermingled with the joys of motherhood.

Sadness still creeps into Annette's voice as she recalls the death of her first child, Ruthella, who drowned in a concrete bath tub in her yard. Annette said a neighbor had filled the tub to do some washing when the child apparently tried to fill a bottle and fell in.

To help maintain her family, Annette did a bit of clerical work at Eric's Bakery.

But the spirit of entrepreneurship was strong; she would also get up early each morning to prepare accras, Jhonny-cakes, cod fish, black pudding and other snacks to sell at the side of the road.

Later, she rented a shop that became vacant near her home and began a grocery business while still vending food.

As Annette worked to take care of her family, she was also trying to save what she describes as a rocky marriage. She finally gave up when she and her husband separated after 17 years. They finally divorced in 1983.

Annette recalls that she did not contest the Town Council elections a second time after her tenure as Mayor because she had decided to take fruits from Dominica and sell them in Guadeloupe as the spirit of entrepreneurship continued to burn. That started an interesting phase of her life when she sold fruits to the supermarkets and even on the road to passersby.

Annette also did a mobile wholesale business in Dominica, waking up at 3:00 a.m. to drive to the country, once even falling asleep at the wheel and driving into a banana field. Life was not easy, forcing her to dig deep into her reserves of persistence to survive.

Finally, her hard work paid off as she was able to buy her property to start a more substantial business. Annette says, at that time, she and Vena McDougal owned the only boutiques in Roseau. She travelled to Puerto Rico to buy clothes and later Miami. She still travels to buy clothes, but nowadays she goes to California.

Annette said life is not only about receiving but giving. She believes her success came from what she gave to her business activities— her time, her effort, her ability to think innovatively and persist in times of trouble.

But Annette says her greatest achievement of all was her ability to educate her children. And she did it on her own with help from no one except her family and God.

The businesswoman declares that she is a devout Catholic, and she uses as much of her spare time as possible to participate in several church activities, such as visiting and comforting the sick. Annette is also keenly interested in gardening, and she also makes time to attend to her beloved plants.

At the time of this interview, Annette expressed deep concern that the business climate in Dominica is not good. She is disturbed by the low quality of products in some stores and the fact that many businesses owned by Dominicans are being closed, giving way to those owned by immigrants.

In her view, the private sector is not vibrant enough and the business community has become divided.

Annette believes that there is no unity in the business community and this has made things harder.

Instead of complaining about the influx of immigrant businesses, she advises local business owners to get together, set up a bond house and get more commercial leverage by operating as a united body.