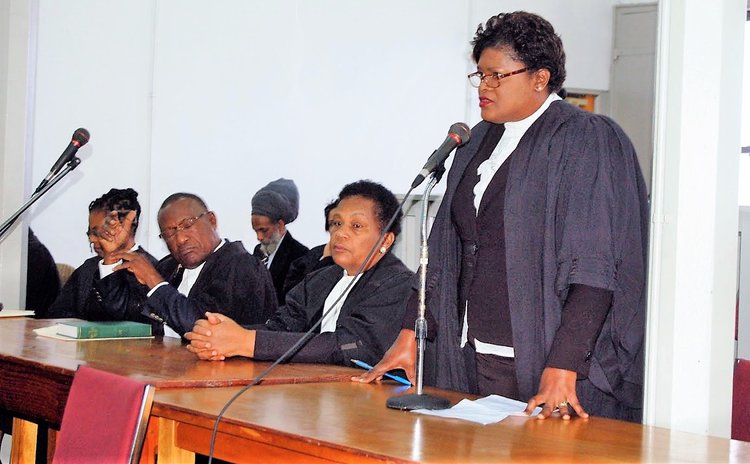 Evelina Baptiste, Dominica's Director of Public Prosecution is to be on pre-retirement leave in February 2021.

Baptiste has held the post of DPP for the past seven years, from November 1, 2013 when she replaced the late Gene Pestaina.

Now the question is, who will replace her as the nation's chief prosecutor.

Baptiste was appointed to the post by the President of Dominica on the advice of the Public Service Commission (PSC). According to the Constitution, the PSC shall consult with the Prime Minister.

Sherma Dalrymple, who is expected to act DPP while Dominica searches for a suitable replacement, is a senior state prosecutor in the office of the DPP.

She describes Baptiste as "very professional and hard-working with a wealth of knowledge on the public service and its operations."

"I have worked with Miss Baptiste for over five years and she has served not only as Director in the office but also, she has been a mother to everyone there. She has always been willing to hear young counsel's interpretation of the law, and push counsel to research some novel aspects of Criminal Law. She will be missed greatly," Dalrymple said.

Assistant Superintendent of Police (ASP) Claude Weekes worked with Baptiste as a police prosecutor when Baptiste was magistrate said she performed her duties "professionally and fearlessly with a human touch." "She performed well, with both sides of the bar table. Prosecution had to be prepared and she always had a word of advice. She is quite and cool but she has an immense wealth of knowledge and she executed her duties in a most professional way and was always within the parameters of the law all with a human aspect," ASP Weekes said.

"She has a good heart in dealing with people. I worked with her in the National Prosecutions Service (NPS) she has had a wonderful working relationship with staff and police. Her good professional touch will be missed and we wish her well and looking forward to seeing her continue to impact knowledge to the younger attorneys," Weekes said.

It adds: "Further the powers of the Director of Public Prosecutions Office is not subjected to or controlled by any person, body or authority as enshrine by the constitution of the Commonwealth of Dominica.

"Matters are investigated by the Police and passed on to the office of the Director of Public Prosecutions for advice and directives. This procedure is applied mainly in serious criminal matters".

There is no word yet on Baptiste's replacement as DPP.