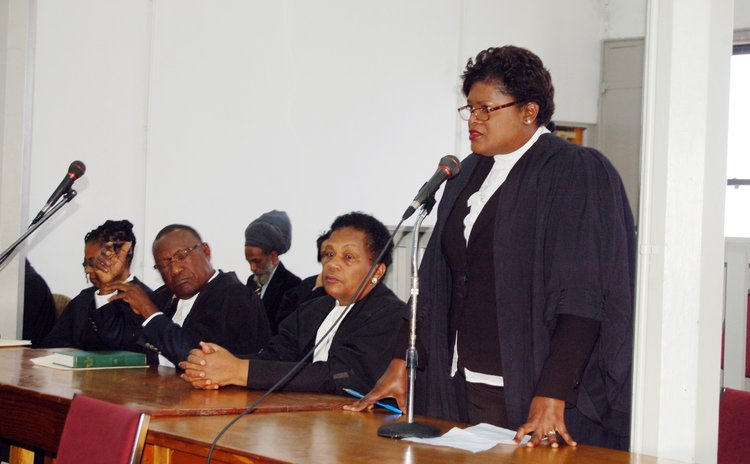 In 2011 Wiltshire and four others were charged with conspiracy to illegally obtain Dominican passports. Wiltshire has constantly stated that he was not guilty and had unintentionally and mistakably signed a document that led to his arrest and charge.

In 2014 the matter was thrown out of the court but it was reinstated on 30th July of the same year.

Back then DPP Baptiste said the reason for the reinstatement was based on the fact that the dismissal of the case was "not based on merit".

Subsequently, prosecutor Michael Laudat asked the court to adjourn the case on behalf of the State because the prosecution was not ready but lawyers for the accused described the request as "an abuse of the process" and asked for its dismissal.

The matter was dismissed for the second time on Monday 13 July 2015 by Magistrate Bernard Pacquette who threw in the towel in frustration over the prosecution's inability to prepare for the hearing of the matter despite having sufficient time to do so.

The case was dismissed in 2015 but again it was reinstated. The attorney general intervened by giving directions to the Director of Public Prosecutions (DPP) but that direction was rejected.

DPP Baptiste explained that the discharge by the magistrate in 2015 was wrong in law because the Magistrate's function was just to find if there was enough evidence to commit but he went beyond that.

"They have now asked me for my advice on the way forward on the matter and I have formally written to them (Attorney General's office) stating that given the law and the learning, we can't go anywhere now with the matter. The matter should have been reinstated right away but that was not done so you cannot now (after) almost two years want to bring it back," she said.

She continued: "I have written my memo to them, they have not written back to me but my position is clear on that matter. The thing now is that the taxpayers money now has to (be used) to pay these people who have been out of work since 2011. Since the Public Service Commission did not take disciplinary measures against the public officers and since the matter cannot go anywhere, they cannot now take disciplinary action against them. They will now have to give them back their jobs and pay them. People make mistakes…none of us are perfect and I don't think that anyone of them will find themselves in that situation again."

Baptiste said she was not concerned about the public officers going back to work.

"I am concerned about how do we deal with it, we might disagree with the law but we have to do what we have to do. Maybe, the first thing that they ought to have done was to take disciplinary action against them before charging them criminally. But, that is now gone," she said.

She disagreed with the suggestions that she was the magistrate who dealt with the matter in 2011.

"From very early I recluse myself from the matter but as DPP I have a judicial function to perform," she said.