DPSU's Thomas Letang: We Want a Review of the Minimum Wage in 2018 Budget 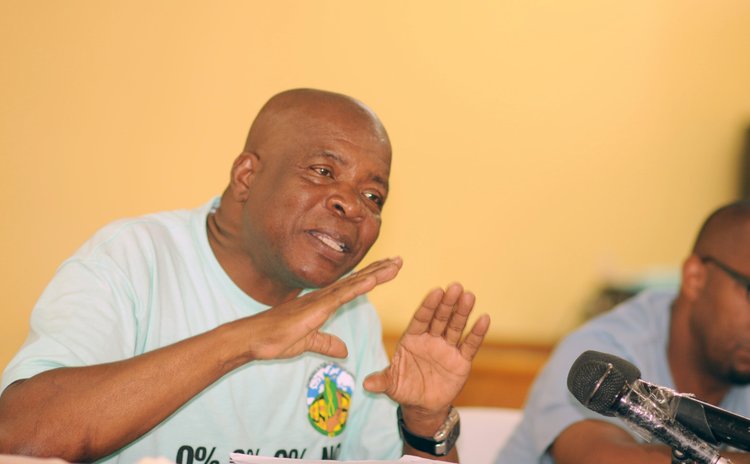 The last time there was a review of the minimum wage here, much of the things we have grown used to did not even exist. The Apple iPod was still three years from being launched, Nintendo Wii, eight years away, and the iPhone did not come until nearly a decade later.

Back then there were no android phones, no YouTube, no Amazon Kindle and no WhatsApp.

"The minimum wage that Dominicans are receiving now is what was recommended for 1998," an exasperated Thomas Letang, the general secretary of the Dominica Public Service Union (DPSU) says. "That was 20 years ago."

With the 2017-18 financial year coming to an end this week, and the Roosevelt Skerrit government preparing for a new budget on the heels of Hurricane Maria which cost the country an estimated 225 per cent of its gross domestic product, according to the Caribbean Development Bank (CDB), Letang believes now is the time to take another look at the minimum wage.

"It is time that government reviews the minimum wage. What people are getting just does not make sense," he says.

A rise in the minimum wage is one of several recommendations which the union will present in writing to Skerrit, cognisant of the fact that its suggestions are often ignored, the trade unionist says.

For instance, even before the world was introduced to the hoverboard scooter or Amazon Alexa, the DPSU has been imploring Skerrit to implement the public service classification exercise, which will improve civil servants' lot. However, after more than four years of trying, all they have been getting are un-kept promises.

Letang also believes now is the time for government to budget for "some sort of support" for public officers who are first respondents after a disaster.

"These people have to abandon their homes, they have to abandon their families, sometimes for days, and no special assistance is being given to them. So, I think in the budget we need to see some provisions being made to assist public officers who are first respondents following a disaster," he says.

Not for the first time, the DPSU will also recommend provisional increases for public officers be included in the budget, even in the absence of a negotiated settlement; and will also ask for monies to be set aside to repair the some of the buildings to ensure "the environment for work is safe and healthy"; and for attention to be placed on vulnerable communities "to make some villages safer for the residents".

And there's the vexing issue of the status of non-established workers whose terms and conditions of work vary markedly from the established workers. Letang says it is time they get some attention in the budget.

"Why in a small country we have two classifications of pubic officers and one is at such a big disadvantage as compared to the other? The non-established employees, their terms and conditions are not what it should be today. These people are working but the benefits are so much less than what established workers are getting," he complains.

Many of these recommendations are not new, the DPSU boss observes, but must be made, particularly in a year when the CDB predicts the economy will grow by 6.4 per cent following last year's 6.9 per cent decline as a result of Hurricane Maria.

There has been some consultation in the past, but Letang says while the administration listens to the private sector, public servants are treated differently.

"So we are concerned, and we begin to ask ourselves what is the purpose of the consultation."

To emphasize the point about the way civil servants are regarded, Letang indicated that his union received an invitation to a meeting scheduled for last Friday "but we only got this invitation at 11:30 on Thursday. What time does it give us to prepare ourselves?"