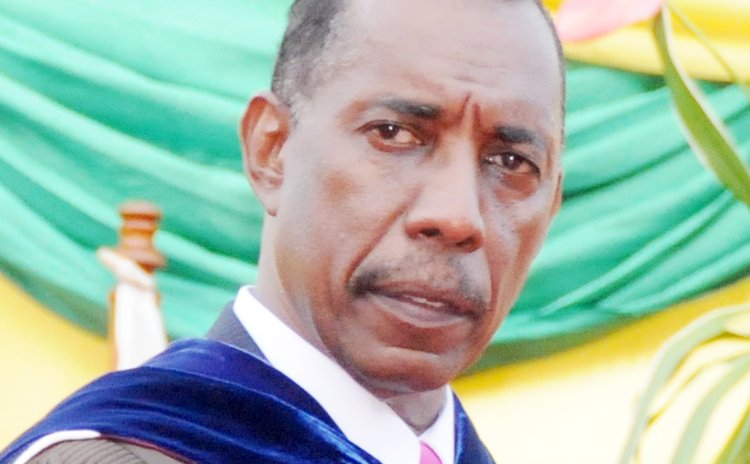 Dr. Donald Peters, the President of the Dominica State College (DSC) believes that a comment regarding the payment of "the extra salary to staff or double bubble is malicious" since the Board of the DSC has agreed to pay as soon as the money is available.

Over the years, the DSC has been plagued with financial woes with students not paying or meeting their college fees and the DSC has had to rely on the government's subvention which is slow in coming.

According to reports, while students of the DSC are back at school and the debris from Hurricane Maria has been cleared including the power washing of the compound, classrooms are "without white board and no electricity" making the learning environment for the students very "uncomfortable."

"All lecturers are at work and are doing their very best given the situation they have to work under but much more can be done to alleviate the conditions," one person with information of the running's of the DSC told the SUN.

The person said that "staff morals are low" given the fact that a promised "double bubble" of salary which was given to all public servants since December 2017 and was also promised to staff by the Board of the DSC is "yet to come."

"The staffs have needs, bills to pay, houses to cover and rebuild and it's now been three months since the Board of the DSC took that decision and that money is yet to be paid," the individual stated.

However, Dr. Peters said the college is "doing everything possible to meet the needs of the staff and students."

"We are not going to respond to things in the press…the Board has authorized the paying of the double bubble, we are saving every penny to pay the staff, they deserve it but to say we are doing nothing about it is malicious," Dr. Peters said.

He praised the students who he says are very understanding of the situation since the passage of Hurricane Maria.

"I want to thank them very much for that…it has not been easy but we are trying our very best given the situation," Dr. Peters said.

Thomas Letang, the General Secretary of the Dominica Public Service Union (DPSU) told the SUN that there is an agreement with the board of the DSC to pay the staff the "double-bubble" salary.

"We agreed that they would be paid, the President of the DSC wrote to the PS in Education seeking additional funds; also, that matter was raised at the board level and they have taken a decision to pay," Letang said.

Letang said the DPSU has written to the Board and he is "fully aware that the President has written on the issue to the relevant authorities."