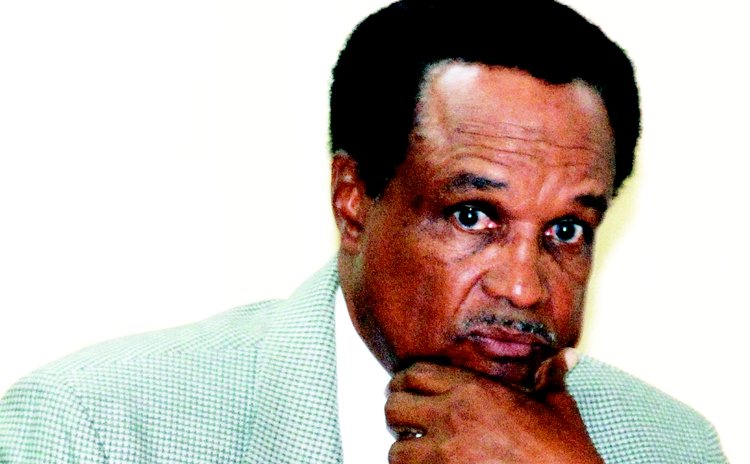 Family and friends are in shock at the sudden death of their beloved Donovan 'Donny' Robinson at the Princess Margaret Hospital on Thursday March 14, 2013.

Close family friend and himself an esteemed agriculturist, Colin Bully told The SUN that Donny was rushed to the hospital and could not be revived; a post mortem examination will reveal the cause of death. Dr. Robinson's death was quite a shock; he did not complain of feeling unwell at any time before he died.

Dr. Robinson, a trained agriculturist, obtained his first degree in Trinidad during the period of the transition from the Imperial College to the University of the West Indies (UWI). He would be one of the first graduates coming out of the UWI in 1964.

On graduation, he returned to Dominica and worked in the Ministry of Agriculture and at one period he was responsible for the northern district which includes Londonderry, Marigot and Wesley. From there he pursued post graduate work in agriculture in the United States and graduated with a PhD. He then took up employed in the US for a number of years and worked with a large company involved with the production of agro-chemicals and pharmaceuticals. On his retirement, he returned to Dominica around 1990, when he took up the appointment of Director of Agriculture (or Chief Agricultural Officer), replacing Colin Bully, from 1990-1996. In 1996 he took up an appointment as the Food and Agriculture (FAO) representative in Trinidad for nearly six years; he then retired again and returned to Dominica. Subsequently, he performed assignments for the FAO in Jamaica, for nearly a year, and in Namibia in southern Africa. Dr. Robinson was an agronomist who specialized in research in agro-chemicals.

Robinson was born in Roseau and attended the Roseau Boys School and the Dominica Grammar School (DGS). He graduated from the DGS around 1960. Before going on to study overseas he worked for a short period at the Public Works Department and then he taught at the DGS.

His wife is the former Sandra Hyson of Roseau. He has two children, Dr Dean Robinson who was the featured speaker at the last graduation ceremony of the Dominica State College. Dean is a professor at a US university. And there is daughter Deidre who has earned a Master's degree in journalism.

Bully described Robinson as a great friend and a very genuine person, very thorough and professional. He was humorous and could be sometimes rather prankish. He loved having fun, but was very serious with his work. He was a strong manager and believed in discipline and transparency and always argued that we needed to be much more organised in our planning. He was a people's person, very caring and had friends in all walks of life.

Donnie was the last of his father's four children: his older brother, Eddie, was a well-known cricketer; there was Skeff who died tragically on the Springfield road; and his sister, Marvlyn, who was brutally murdered four months ago at Giraudel.

Donny played cricket and football for the Blackburn Sports Club and captained the Dominica cricket team from a very young age, while still at school. He was also known during his university days in Trinidad as a leading sportsman. He played rugby and even golf; in his later years, golf was his passion. He really regretted that Dominica didn't have a golf facility. In fact every year when he went back to the States-he went back annually-he would ensure that he played golf.

Reginald St Havis Shillingford, a former member of Blackburn explained that Donny was appointed captain of Dominica's cricket team, in preference to his elder brother, Eddie, because there were differences between Eddie and the administrators of cricket; they appointed Donny to slight Eddie.

Donnie served on a number of boards in his capacity as Director of Agriculture. These included the Dominica Banana Growers Association in its transition towards the end of the Dominica Freedom Party administration. He also served as chairman of Dominica Export Import Agency (DEXIA) and recently on the board of Export Dominica.