Dr. Francis O. Severin is the Principal of the Open Campus 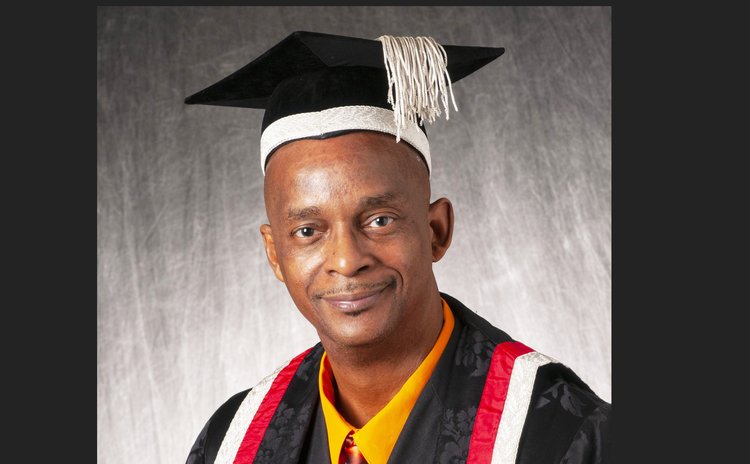 Monday, May 2, 2022 —The Annual Business Meeting of the University Council has confirmed the appointment of Dr Francis O. Severin as Principal of the Open Campus effective August 1, 2022. Dr Severin's appointment was among several senior appointments and reappointments made at Friday's Council (April 29, 2022) meeting, the highest governing and decision-making authority of The UWI.

Dr Severin succeeds Dr Luz Longsworth, who led the Campus from May 2015 until her retirement on July 31 last year after serving for six years. On August 1, 2021, Dr Severin was appointed Interim Principal of the Open Campus.

A national of the Commonwealth of Dominica, Dr Severin has had a long and distinguished career with The UWI. Prior to his appointment as Interim Principal, he was the Deputy Principal of the Open Campus, a position he held from August 1, 2020.

Dr Severin served as Director of the Open Campus Country Sites (OCCS) from October 2013 until August 2020 when he was appointed Deputy Principal. On January 1, 1999, he was appointed to his first full-time role in The UWI as Programme Officer in the Office of Administration and Special Initiatives (OASIs), headed by then Pro Vice-Chancellor, Professor Marlene Hamilton, who was the Mona Campus' first female Deputy Principal and first woman to be appointed as a Pro Vice-Chancellor at The UWI. OASIs was a Centre Unit in the Vice Chancellery, headquartered then on the Mona Campus in Kingston, Jamaica.

In August 2005, Dr Severin returned to Dominica to take up the post of Resident Tutor and Head, School of Continuing Studies. While in that post he participated in the historical transition from the former entities that comprised the Board for Non-Campus Countries and Distance Education (NCC's & DE) to the Open Campus.

Dr Severin graduated from The UWI Cave Hill Campus in 1991 with a Bachelor's degree in History and Social Studies with Education. He went on to complete his postgraduate studies at The UWI Mona Campus in 1998 with the MSc in Sociology specializing in Social Policy and Administration, followed by a PhD in Education, in 2006.

Dr Severin has served on numerous Campus and University boards and committees, including: University Council; University Appointments Committee; Board for Undergraduate Studies (BUS); Board for Graduate Studies and Research (BGSR); Finance and General Purposes Committee (F&GPC); Open Campus Academic Board; Senate Committee on Ordinances and Regulations (SCOR); Campus Evaluations & Promotions Committee (EPC); Campus Appointments Committee (CAC); University and Campus ICT Steering Committees; University Executive Management Team; and the University Senate and Library Evaluations and Promotions Committee. Dr. Severin was the Chair of the Committee of Deans in academic year 2019-2020 and was the Open Campus' Public Orator from 2010-2021. On his assumption to both offices of Deputy Principal and Campus Principal, he became the first male to hold these most senior roles at the Open Campus.

Dr. Savarin: the appointment is an extraordinary honour

Dr. Severin, in responding to this development, stated "my appointment as Principal of The UWI Open Campus—one of our University's five campuses—is an extraordinary honour for me as an alumnus who is very proud of his alma mater, The University of the West Indies. When I joined The UWI in 1999 as a staff member, I could not have imagined or dreamed that this distinction would one day be bestowed on me. I am truly and immensely grateful for the opportunity to serve my University—and the Caribbean."

"Of course, in the joy and exhilaration of the moment, having been Interim Principal for almost a full Academic Year now, I am intimately and deeply cognizant of what lies ahead of my executive management committee and myself; as a matter of fact, what lies 'in front' our staff at all levels. The next few months will therefore require discipline, sacrifice, focus and particularly single-mindedness in terms of accomplishing enhanced governance, operational efficiency, and financial sustainability," he posited.

"Crucially, I take my mandate of preparing the Open Campus for going Global very seriously. The rest of The UWI, our staff, our students, our governments and all our stakeholders have high expectations of us. This is at the same time onerous and exciting. It will also be our team's motivation in advancing the Global Campus agenda. I know I have the absolute and unequivocal support and vote of confidence of the University Council, the University's Executive Management Team led by Vice-Chancellor Sir Hilary Beckles, as well as my staff and the Guild of Students, in this unprecedented endeavour," Dr Severin added.

The UWI Open Campus Executive Management Committee and the Guild of Students congratulate Dr Severin on his appointment as Campus Principal and wish him continued success in this role.