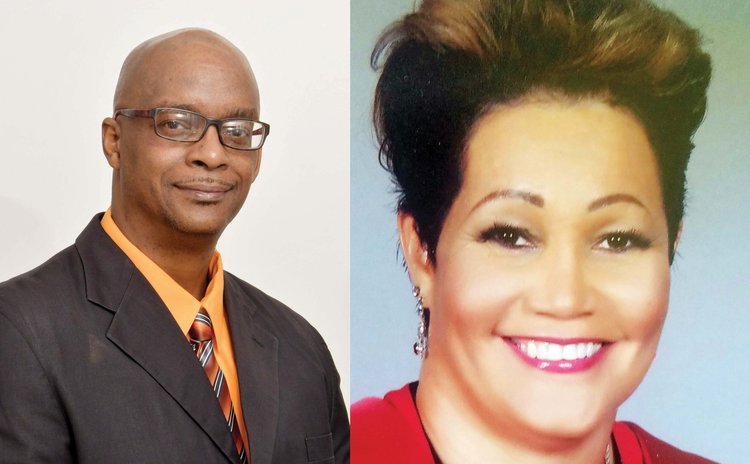 Dr. Francis O. Severin is one of two senior managers that The University of the West Indies (UWI) Open Campus appointed recently. Dr. Severin takes on the position of Deputy Principal.

The other senior manager is Dr. Cheryl Sloley, who replaces Dr. Severin in the post of Director, Open Campus Country Sites (OCCS).

These appointments will take effect on August 1, 2020.

Dr. Severin is currently acting Deputy Principal and was previously the Director of the Open Campus' largest and most distributed division, the Open Campus Country Sites (OCCS), since October 1, 2013. Prior to his formal assumption of the post of Director OCCS in October 2013, he had acted in that position for long periods between January 2010 and 2013; therefore, effectively serving in that post for nearly one decade.

A citizen of Dominica, Dr Severin, , graduated from The UWI Cave Hill Campus in 1991 with the Bachelor's degree in History and Social Studies with Education; and from the Mona Campus twice: firstly in 1998 with the MSc in Sociology specializing in Social Policy and Administration; and a PhD in Education, in 2006.

He served The UWI part-time as Local Tutor in The UWI Distance Education (UWIDEC) Programme, School of Continuing Studies (SCS), in Dominica from 1994 to 1998, facilitating the courses: Introduction to Caribbean History for Law and Social Sciences and Introduction to Sociology of the Caribbean.

On January 1, 1999, he was appointed to his first full-time role in The UWI as Programme Officer in the Office of Administration and Special Initiatives (OASIs), a Centre Unit in the Vice Chancellery, headquartered then on the Mona Campus in Kingston, Jamaica. Between 1999 and 2005, he accomplished several initiatives, including: the reformulation of the framework for Alumni Relations and the revitalization of The UWI's connections with its alumni.

In August 2005, Dr Severin returned to Dominica to take up the post of Resident Tutor and Head, School of Continuing Studies. While in that post he participated in the historical transition from the former entities that comprised the Board for Non-Campus Countries and Distance Education (NCC's & DE) to the Open Campus.

As Director, OCCS (the largest Division in the Open Campus), Dr. Severin led his distributed Division over the course of two accreditations and one mid-cycle accreditation review preparations (initial accreditation period of 2012/2018, mid-cycle in late 2016 and re-accreditation 2019/2026). He also led the Country Sites through the revolutionary Strengthening Distance Education in the Caribbean (SDEC) Project, from April 1, 2014 to June 30, 2019.

Dr. Severin who is Chair, Committee of Deans (Academic Year 2019/2020), has been the Public Orator of the Open Campus since 2010. He is the first male to hold the Office of Deputy Principal of the Open Campus.

Dr Cheryl Sloley has been appointed Director, Open Campus Country Sites (OCCS). She is currently serving as Acting Director and previously served as Deputy Director, Finance, Facilities and Human Resources for Trinidad and Tobago and Jamaica.