Dr. Grenade: We need to build resilience as the people's struggle continues 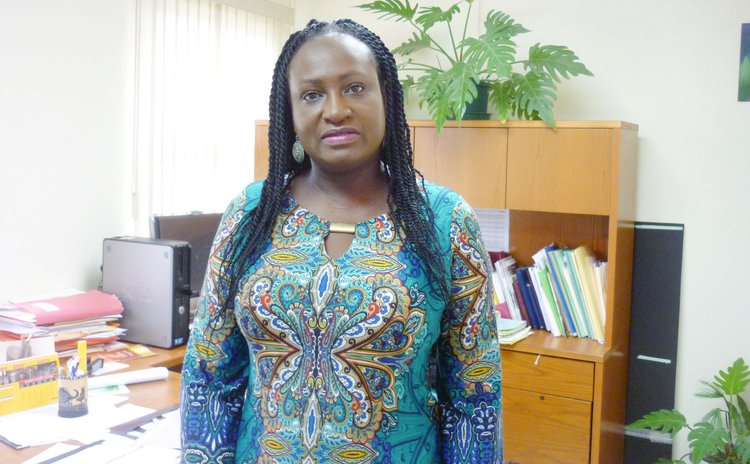 Professor Wendy Grenade of The UWI

Storms, political tribalism, drug trafficking, crime and violence are some of the demons that threaten to fracture Caribbean civilization, a regional intellectual has stated.

Speaking at the University of the West Indies (UWI) Open Campus Tenth Annual Dame Eugenia Charles Memorial Lecture at the Fort Young hotel last week, Dr. Wendy Grenade said there is the urgent need for the Caribbean to be united and fortified in building resilience to withstand such adversities.

Dr Grenade, a Grenada-born lecturer at The UWI Cave Hill Campus said she defines resilience as "the collective strength that a people must tap into, in order to overcome adversity and advance their humanity."

Though she admits that the notion of a Caribbean civilisation is a "highly contentious issue", Dr Grenade said she would argue that the features of a Caribbean civilization include cultural hybridities; folklore; oral traditions; the search for self-definition; an instinct to adapt to adversity; the ability to turn tools of oppression into weapons of victory; advocacy for global justice; a sense of community, solidarity and a deep spirituality."

"In essence, despite numerous internal contradictions, the Caribbean civilization is characterised by the struggle to constantly reclaim our humanity", she said. Speaking on the topic "Unleashing the Spirit of Overcoming", Dr Grenade, a political science lecturer at The UWI said Caribbean civilization has been shaped by a history of resistance and resilience.

And the past, present and future of the Caribbean are inseparable linked, she argued.

"As we engage in this conversation," she said, "we will conclude, I am sure, that the present and the future join the past in the contemporary moment".

"I propose to you that the Caribbean's problematic is shaped by an intermingling of subjugation, resistance and overcoming," Dr Grenade added.

"I wish to remind us this evening that at the core of who were are, is an instinct to adapt to adversity and the ability to turn tools of oppression into weapons of victory. Yet, we must be cognisant of the fact that in the long march to freedom, every accomplishment had, and still has within it, the seeds of future challenges, as the goal posts shifted at every turn."

She mentioned the distinct periods in the history of the West Indies when the people had to struggle collectively to overcome problems. These periods include emancipation from slavery, the period of colonial resistance, self-government, the West Indies Federation, political independence and the formation of CARICOM and the OECS.

"And because the goal post shifted at every turn, Caribbean people often had to reach for their collective strength," Dr Grenade said. Though the standard of West Indian Cricket is now at its lowest ever, Dr Grenade is of the view that "West Indies Cricket became perhaps the pinnacle of resilience through resistance". And as a way forward for West Indies cricket, Dr. Grenade suggested that maybe the authorities should aim at making the women cricket team as dominant as the male team was.

Being Grenadian, Dr Grenade has firm views on the Grenadian Revolution which she described as "a Caribbean revolution on Grenadian soil… which sought to find solutions to dependent under-development through a new political economy."

"This period was perhaps the zenith of Caribbean resilience in the twentieth century. Importantly, it was Caribbean regionalism in action," she said. "From my perspective, the implosion of the Grenada Revolution in October 1983 brought to an end the search for an alternative path to sustainable development."

Dr. Grenade said in the Nineties the Caribbean was adversely affected when"new earthquakes shook the socio-economic foundations of the Caribbean, from the epicentre of the WTO, as the banana trade war crippled banana producing countries".

'What I am trying to say here is that adversity is constant," she said. "Yet, there is a reservoir that Caribbean people can tap into to find collective strength. That too must be constant. The reservoir must be replenished; less it run dry".

Dr. Grenade said the Caribbean's response to the needs of Dominica after Tropical Storm Erika is a typical example of "the Caribbean spirit continues to shine through adversity."

At the end of her lecture Dr. Grenade had some concrete suggestions for replenishing Caribbean resilience. Among these were: the need for Trade Unions to continue the fight for justice for workers; resist gender injustices and domestic violence; deepening ties with Cuba; ending political tribalism and deepening economic integration.

"Caribbean people must reclaim Caribbean communities. This will be the ultimate test of our resilience," she said. "Sisters and brothers, you never know how strong you are until being strong is your only choice. I charge you to renew your independence vows to Dominica."