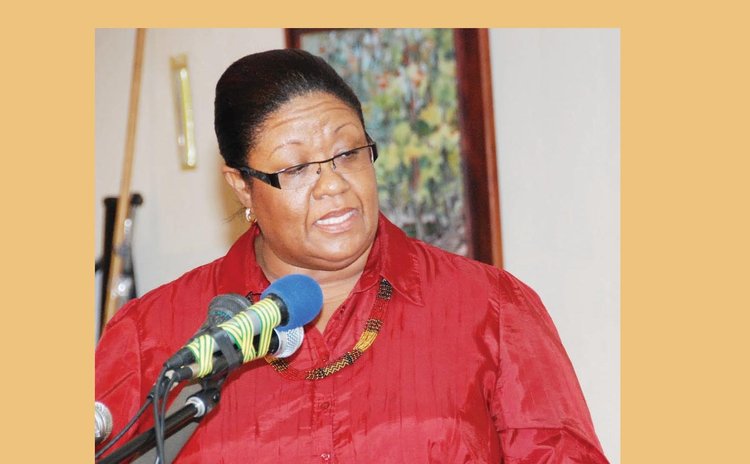 Having reached sixty, on 6th October 2018, Dr. Hazel Shillingford-Ricketts, the Ophthalmic Surgeon at the Princess Margaret Hospital (PMH) has retired and since she has not yet received a contract from the government of Dominica to continue working at the PMH her work there has been suspended, Dr. Shillingford-Ricketts said.

Speaking on the "Hot Seat", a talk show hosted by Matt Peltier on Q95 FM last week in an attempt at quelling a controversy that erupted on social media, Dr. Shillingford-Rickets said she was informed by the Chief Personnel Officer of her attainment of the official retirement age in 2018 and that she had to take pre-retirement leave due to her.

"It is customary when you retire in Dominica that if you want to continue working you apply to the government for a contract," Dr. Shillingford-Ricketts said. "And this I did." She continued: "In the meantime I was still providing services especially for the diabetics, premature babies, children and continuing to do eye surgery for persons I had given dates for doing surgeries from long ago".

Dr. Shillingford-Ricketts said she was aware that the bureaucratic process takes a long time but eventually one gets a contract.

So while she waited for the contract she decided to follow up with PMH director Dr. Ruby Blanc about the status of her application. Dr. Blanc informed Dr. Shillingford-Ricketts that she had submitted the proposed contract to the Ministry of Health and "she had not gotten any response."

"I have reached retirement age. I have applied for a contract. I cannot say government is refusing to give me a contract because I have gotten no such word; it's just that the bureaucratic process is taking its time," Dr. Shillingford-Ricketts said.

The eye-doctor said she cannot say she was fired and she told Matt Peltier that she was "not going down that road" when Peltier asked whether she thought the situation was "political".

"I can in no way say it's political issue or victimization," she said. "It's just that patients in Dominica cannot (now) access the services that I alone in Dominica can provide."

The Ministry of Health has obtained the services of an ophthalmologist from China and while Dr. Shillingford- Rickets await her contract, her private office is still open.

Dr. Shillingford-Ricketts graduated from The University of the West Indies in 1984 and the University of Ottawa Eye Institute in 1996. Recently, the government denied a contract to ear, nose and throat specialist Dr. Irving "Eipigh" Pascal who has also attained the retiring age of sixty.

Dr. Pascal, Dominica's only EN&T specialist, said two months after reaching the official retirement age he was booted out of the system and he can no longer use the facilities at the PMH.

"I have friends (who are) doctors who after retirement have contracts and are still using the hospital and theatre," Dr. Pascal said. "I had a legitimate expectation of using the theatre and so I have people booked to have surgery. All I know I can't tell them to come to the hospital to operate on them.

"I am a medical professional; it means I can't practice since half of my expertise is surgical because I operate on people's noses, ears and throats; so if I can't do that, then where am I?"

Dr. Pascal says the Government of Dominica has since brought in an ENT specialist from Cuba to replace him.

He argues that he is being victimized because he has been vocal about his concerns of Dominica's health system.