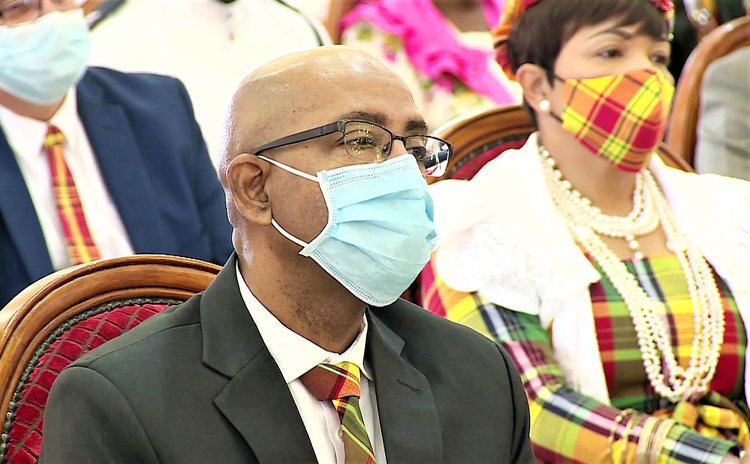 When Dominica recorded its first case of COVID-19 on 22 March 2020, Dr. Irving McIntyre was the new Minister of Health for just two months following the December 2019 general election.

Then here comes the novel coronavirus, the biggest global threat to public health since the Black Death, a plague so devastating it remade the landscape of Europe and the world in the 14th Century. At least 200 million people are believed to have perished.

Because of widespread and ease of travel in modern times and extreme population density, COVID-19 was predicted to be far worse than Black Death.

Speaking to the Sun last Sunday Dr. McIntyre said he saw COVID-19 as an existential threat and a challenge that had to be confronted. "I think I did my best," said Dr. McIntyre, adding that he normally "mark myself hard".

He added: "You have to consider that you are in a team environment, so my team played a really big part in helping me to manage COVID in a reasonably safe way for the people of Dominica."

Since the first COVID case in Dominica in March there has been 87 others (World Health Organisation 20th December figures) but there have also been no deaths, a statistic that Dominica shares with some other Eastern Caribbean countries such as Grenada, St. Vincent and the Grenadines, St. Kitts and Nevis and Anguilla.

"The core of our strategy from day one focuses on finding every positive case, isolating every case, treating every case and aggressively conducting contact tracing to find all contacts of positive cases and quarantine all these," said chief medical officer, Dr. David Johnson, in a statement on 18 December.

Also part of that strategy were curfews, closure of schools, banks, businesses, bars and courts of law as well as air and sea ports to keep, COVID-19, the invisible enemy, away.

The wearing of masks, social distancing and hand washing and sanitizing became the mantra of Dr. McIntyre and his health team.

But note well: Although Dr. McIntyre was the leader of the fight against COVID- he is not alone in this continuing battle.

He was supported by a relatively large number of front-line workers including, but not restricted to: doctors, nurses, community workers, ward aids, private sector workers in supermarkets, police officers, fire and ambulance officers, taxi drivers, school teachers and principals and the press. They all displayed the best of humanity: courage, selflessness, stamina and an unmatched dedication to the saving of lives.

Throughout this ordeal, which, incidentally, is far from over, Dr. McIntyre was the face of quiet confidence, competence and professionalism. He led by example.

Because of this Dr. Irving McIntyre and his team of front-line workers are the Sun's Persons- of-the-Year.

This year, as in the past, we selected our Person-of-the-Year by an analysis of the news and by consultation with key individuals in the business of collecting and processing media reports on the year's main events. Our choice, as always, is the person, institution or organisation that stood out as a significant newsmaker during the year.

Our Person-of-the Year should, for better or for worse, have affected the lives of a large majority of Dominicans.