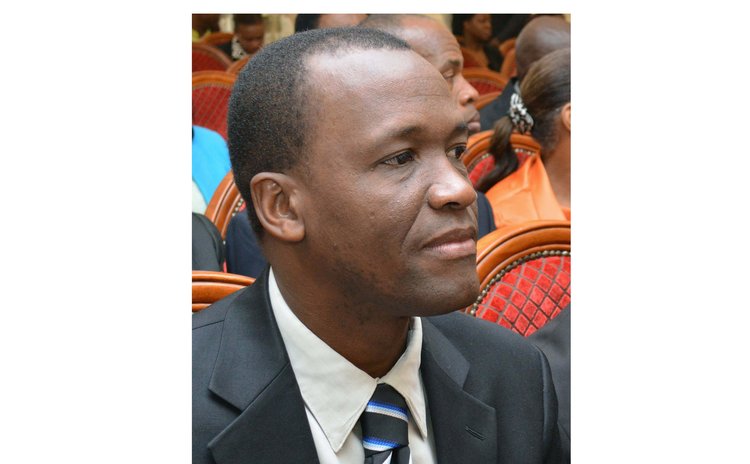 As Earl Bruno took a look at the recent International Monetary Fund (IMF) growth projections for Dominica, he considered his own economic situation and shook his head in amazement and amusement.

In his more than twenty years as a builder, Bruno has never seen Dominica's economy in such a shambles, and has never experienced such feeling of gloom and despair as he currently does, the social activist told The Sun.

Yet, much to his surprise, the IMF, in its 3 December staff concluding statement of the 2021 Article IV mission, said the Dominican economy grew by 3.7 per cent this year and will improve by a further five per cent each year from 2022 through to 2026.

"Our economy already hit rock bottom because . . . the dollar is not flowing and as a result it makes it very difficult for small contractors and builders in Dominica, as well as the homeowner," Bruno explained. "So, really and truly, if we are talking about the economy [growing], it's not for the people of Dominica. I think it's maybe for the big boys, but not for the small man."

That the Dominica economy has stagnated is no secret. The IMF itself, in its report, estimated that gross domestic product contracted by eleven per cent in 2020 due to COVID-19. However, even before the onset of the pandemic, the population has been feeling the pinch. And it's not unusual for the average resident to question reports of a growing economy, with virtually everyone insisting any reported growth is not reflected in their standard of living.

In recent interviews by The Sun on the cost of living here, a number of young university graduates spoke of their feeling of hopelessness and frustration in a country where good paying jobs – or any jobs at all – are virtually impossible to come by.

"This makes things more frustrating than it already is because I didn't just graduate from university, I graduated with academic excellence - so I was the top in my class - and to see that you still have nothing being available for you, no matter what you try . . . nothing is coming forward [is frustrating]," stated one 30-year-old graduate. "You may send ten million applications and it's the same thing, you're left in the same spot."

The IMF based its growth projections on promises of large-scale government projects, including the new international airport, resilient housing, roads improvement, a resilient water and sewage network, improvements in the hospital capacity and a geothermal electricity plant.

"These projects will accelerate growth in the near term during the construction phase and will also increase potential output in the long term—including spillovers in tourism and reduction of fossil fuel dependency, all of which improve Dominica's external sustainability and competitiveness," said the lending agency.

However, despite an extravagant spectacle – all show and no substance - at the Windsor Park stadium earlier this year, few, except for the most rabid of government supporters, expect any movement on the airport, which has been dangled before the Dominican voter at every general election.

Similarly, the geothermal project, which goes back to as early as 2001, and the exploratory phase of which ended in 2012, is seen as nothing more than a lot of hot air.

However, McCarthy "Mark" Marie, the former University of the West Indies economist, said while the projections are speculative, the forecasted growth can be realised if the various projects come on stream.

"They expect that somewhere in 2022 the major project the government has, which is the airport, will be started and that is where they expect the growth to come from. They might also expect tourism to bounce back to some extent but that depends on how the virus evolves," Marie told The Sun. "It's possible."

But Dr. Thompson Fontaine, the former IMF economist, is more cynical about the forecasts, arguing that his former employers failed to consider the structure of the Dominican economy.

According to Thompson, who did the growth estimates for Dominica during his tenure at the Washington, DC financial institution, the country's economy has grown by an average of less than one per cent over the past fifteen years, far below the current projection.

In any event, he told The Sun, the monies which the government promised to spend will go towards the construction sector, whose contribution to the economy is minimal.

"If those kinds of spendings were in agriculture, which has a much larger footprint on the economy, then I could understand this, but I'm just a bit suspicious of putting that growth to the building of an international airport and other public investment projects. These to me are very limited and restricted in terms of their overall impact and that is where I'm a bit concerned," said the economist. "So, ultimately, I think that these projections are a bit too optimistic."

According to the IMF, the projects will be financed by the sale of passports, which it says account for 30 per cent of the country's earnings. This worries Fontaine, who points to a lack of transparency in the passport programme.

"I have my doubts as to whether or not we'll see an airport anytime soon. And the geothermal plant, they have been talking about geothermal energy for many, many years and nothing has come out of it. So, I'm very sceptical about those projections," Fontaine stressed.

"Obviously, the IMF economists believe what the government tells them, and based on what they have been told they make those projections," he explained. "But I will question the sincerity of the government when it comes to actually fulfilling those promises that they've made."