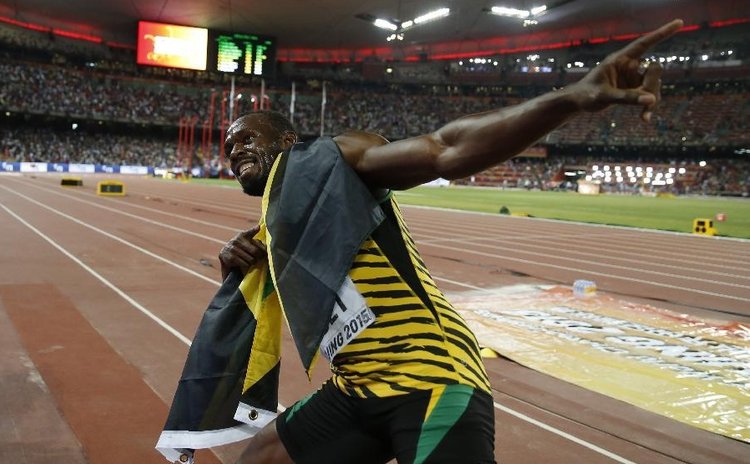 Regional Headquarters, Jamaica. W.I. 25 August 2015 - The UWI community across the region, and in our many Diasporas beyond, stood at the finish line to welcome 'Dr Bolt' to the place he has made his very own. In his congratulatory statement UWI Vice-Chancellor Professor Sir Hilary Beckles said, "It's a global space that he has domesticated for his Caribbean folk who foretold that no Beijing bird nest would contain the flight of the pelican".

Vice-Chancellor Beckles continued his statement saying: "There is in his victory more than a common contest of physical capacity. There is a passionate philosophical expression of self-confidence and native belief that again and again rises from within. It is flashing across the finish line the bold message: if we are going to build sustainable, resilient economies and societies in the Caribbean we must begin with self-confidence and end with self-belief.

Every child in this Caribbean world, beginning with Jamaica, and ending wherever 'Dr Bolt' has touched with his ancestral magic and gift of God, now knows the truth: that our people have been through the hottest fires of hell but, like the Jewish boys of biblical times, were not burnt to ashes, and rather are rising daily from them.

'Dr Bolt's' performance before the world that admires his universal humanity, African amiability, Caribbean sensibility, and Jamaican savvy, is testimony also to another truth; that within our Caribbean cultural space are solutions to our challenges, no matter how testing.

When I visited him at the Sir Frank Worrell playing field at Mona a few months ago, and witnessed his training, it became clear to me that here within our University's heart was a hero who believes in the indigenous power of our academy. I found in him a spirit so humble and historic, majestic and monumental, so completely and irrepressible yet responsible. Such a spirit I thought cannot be ordained by our ordinary ovation. Before every race he points his finger in the right direction an indication that the issue is internalised.

I commended him for knowing that there will never be any need for him to run to any American academy in order to discover how to contain Mr Gatlin and others of his ilk. Glen Mills, his 'mind manager', agreed and said that the Mona bowl contained all Usain needed to drink. With these words my cup runneth over!

It is for these revolutionary reasons that The University community at the Cave Hill Campus in Barbados rose to its height and "big up Bolt" when it named its spanking new sports complex in his honour. Across our UWI we stand as one with the number one.

President Obama must have had a glimpse into the future when he spoke to Bolt at UWI; maybe he understood as he looked into his eyes that the biggest U.S. made 'Gatlin gun' is no match for the Jamaican 'thunder Bolt'. Maybe!

Walk good back home, 'Dr Bolt', and rest your weary legs in the foothills of the Blue Mountains until you are called upon to return to Mt. Olympus. Again, we shall be there to welcome you over the line to a place that is now your very own."